Former Chairman, National Human Rights Commission (NHRC), , has blasted the Federal Government for increasing the rate of Value Added Tax (VAT), pump price of petrol, charges on Point of Sales and Automated Teller Machine transactions, while ordering private sector operators not to increase prices on their goods and services. 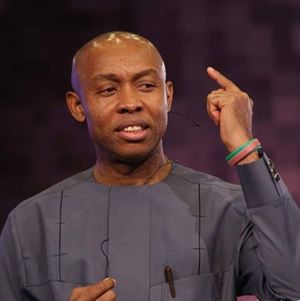 In a thinly veiled reference to the National Broadcasting Commission’s (NBC) directive to pay television provider, MultiChoice, to revert to its tariffs before 1 June, Odinkalu, on Twitter, accused the Federal Government of raising charges on a variety of services but issuing orders to private operators to do otherwise.

MultiChoice had, with effect from 1 June, adjusted tariffs on its pay television packages to reflect the new VAT rate of 7.5 per cent, which came into effect on 1 February. Previously the VAT rate was 5 per cent. The hike in VAT rate is one of the provisions of the Finance Bill, which was signed into law by President Muhammadu Buhari on 13 January. On Wednesday, Dr. Armstrong Idachaba, acting Director-General of the NBC, directed MultiChoice to revert to its old prices. Idachaba was acted on the instruction given to him by the House of Representatives during a session held to deliberate on pay television subscription models.