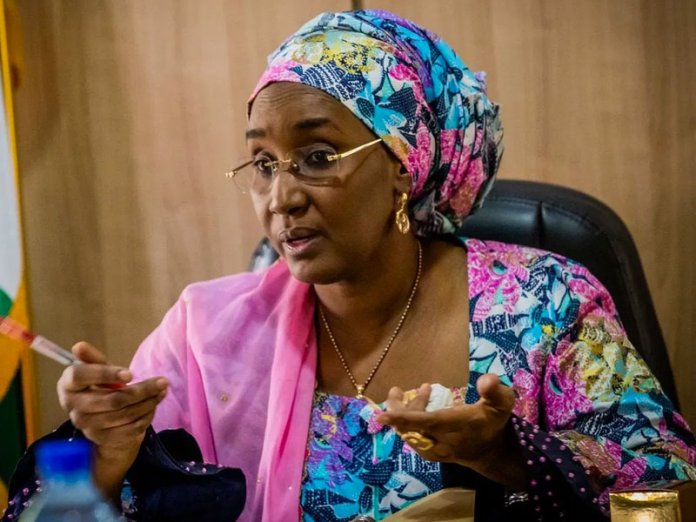 The federal government has delivered food relief to the bereaved families of over 43 farmers massacred in Zabarmari, Jere Local Government Area of Borno State as well as the community.

The relief was delivered yesterday by the Minister of Humanitarian Affairs, Disaster Management and Social Development, Sadiya Farouq Umar, on behalf of President Muhammadu Buhari.

Umar, who led a seven-man delegation to deliver the palliatives, expressed sadness over the incident.

In her remarks, Umar described the killing as gruesome and unacceptable to any religion.

“Your Excellency, I am here to convey the sympathy of the federal government to the government and people of Borno State over the sad incident, which occurred on Saturday 28th November 2020 in Zabarmari community in Jere Local Government Area of the state where innocent citizens were gruesomely murdered by Boko Haram insurgents.

“It is shocking to imagine this act of gruesome murder by the insurgents. This cannot be justified under any guise. We are all aware that our religion is against what has happened to the innocent and hardworking farmers that were not only working to feed themselves but contributing to the food security of the nation.

“His Excellency, the President and Commander-in-Chief, Muhammadu Buhari, is saddened by the attack and has directed me to come here to deliver relief support from the federal government to families of the victims and other affected persons,” she added.

Responding, the state Governor, Prof. Babagana Zulum, thanked Buhari for the gesture and appealed to him to implement the recommendations made by the state to stamp out insurgency in the North-east.

“I also appeal to the Minister of Humanitarian Affairs to develop a roadmap to help tackle the menace of insurgency in the country.

“We don’t have good roads networks and this has impeded the state’s efforts in fighting the insurgents, so we appeal to you assist the North-east by developing a roadmap that will see to the end of these senseless killings,” he stated.

Apart from the 43 persons who were confirmed dead and subsequently buried on Saturday, the District Head of the community, Lawan Abba Umar, stated that more than 100 farmers were still missing after the incident.

According to him, a combined team of the military and other security agencies has launched a search party for the missing people.