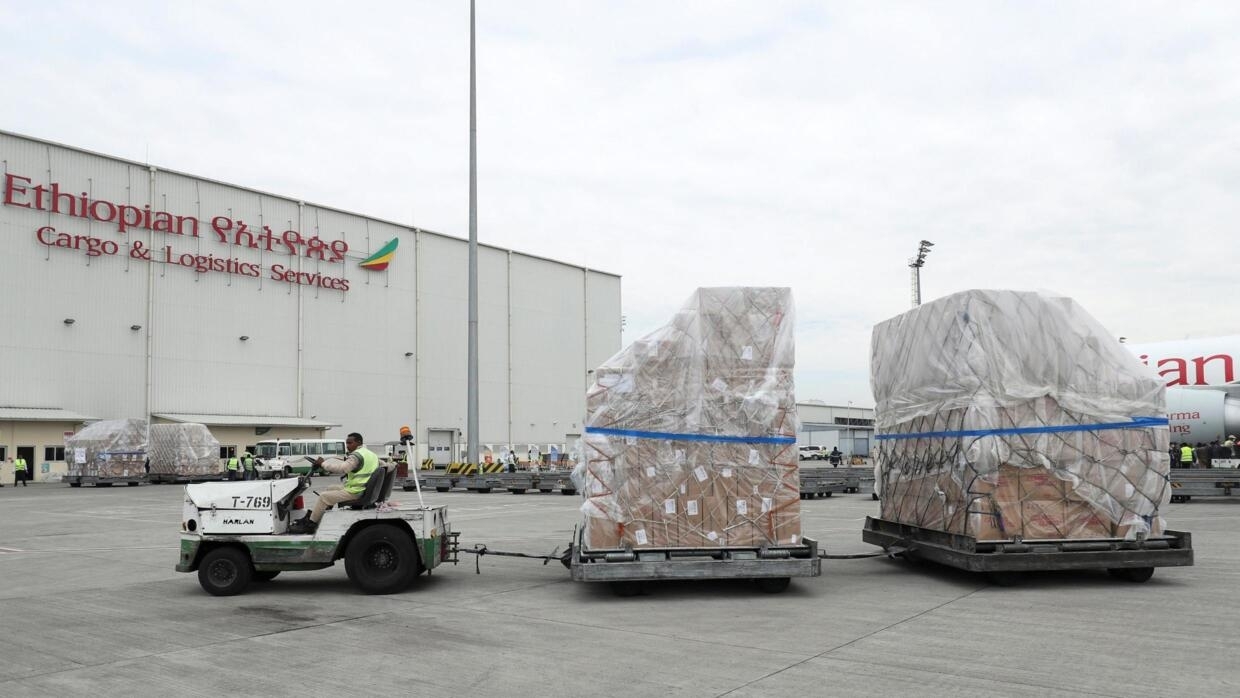 The Special Adviser to the President on Political Affairs, Senator Femi Ojudu, yesterday announced the distribution on the COVID-19 protective gear on his Facebook wall, Ojudu Babafemi.

His post was accompanied by a table that gave a state-by-state breakdown of the distribution of the materials donated by the Chinese billionaire.
The table showed that the government distributed 99,642 face masks, 9,999 face shields and 1,110 overall gowns.

The Jack Ma Foundation in China had last week donated a 107-box load of medical supplies to Nigeria.
The breakdown of the distribution of the personal protective equipment shows that Lagos State got the highest share with 27,678 face masks, 2,596 face shields and 165 overall gowns.

Other states received 1,500 face masks, 110 face shields and 20 overall gowns each.
The personal protective equipment is to help in halting community spread of the pandemic in the country.

The federal government also stated that it had successfully located 71 per cent of the 6,000 contacts of the positive cases it was tracing, representing about 4,260 contacts, adding that the number of cases might rise in the coming days.

The Minister of Health, Dr. Osagie Ehanire, at a press conference by the Presidential Task Force on COVID-19 in Abuja, said the projection on the possible rise in COVID-19 cases was based on the improvement in tracing of contacts and testing capacity of the laboratories.

“As contact tracing and testing is being ramped up, more and more contacts will be traced and number of confirmed positive cases of COVID-19 is expected to rise. Initially, with the tracing of over 71 per cent of the close to 6,000 contacts and improved turn-around time for testing, more positive cases are expected,” he said.

The minister, however, added that there were potent worry about persons, especially those returning through the land borders, who ran the high risk if they were with an infected person for a long time like transit in a crowded bus or car.
According to him, it’s important that people restrain themselves to travels that are very essential either by air or by land, national or international.

“In this regard, all Nigerians are advised to stay where they are except if they are returning from a previously arranged journey or business trip,” he said.

Ehanire said as part of efforts to bring more stakeholders on board, he met with the leadership of the Nigerian Medical Association (NMA) on Tuesday where they expressed their readiness to contribute their quota in the containment of COVID-19.

He said government had asked the NMA to plead with their members who wish to serve as volunteers to assist in tackling the disease.

NCDC Director-General, Dr. Chikwe Ihekweazu, said there had been an unprecedented increase in the number of tests carried in the various laboratories.
He explained that NCDC was able to record the feat of increased number of tests following the activation of two new laboratories in Ibadan and Abakaliki.
According to Ihekweazu, the centre has so far been able to trace 71 per cent of the contacts of the positive cases.

Ihekweazu said the aid kits donated by Jack Ma had been dispatched to all the states of the federation.