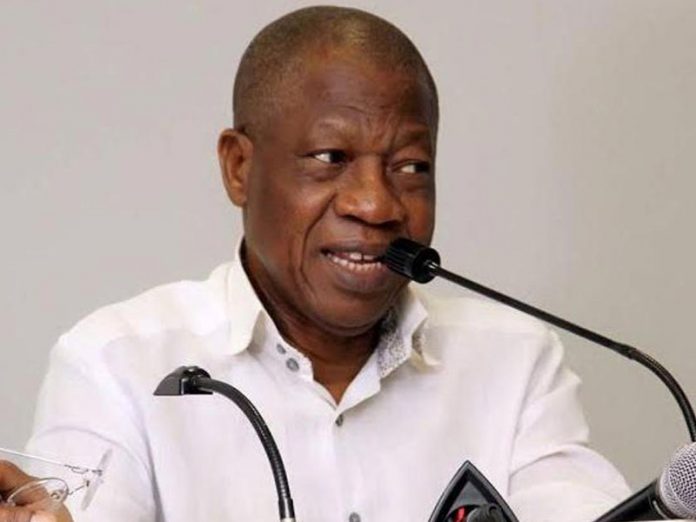 Despite public outcry, the federal government yesterday launched a fresh campaign to regulate social media, especially in the wake of the #EndSARS protests that were largely driven by digital campaigns.

Leading the charge is Minister of Information and Culture, Mr. Lai Mohammed, who said yesterday that the federal government feels compelled to regulate social media to curb the spread of what he calls fake news.

The minister spoke in Abuja while responding to questions when he appeared before the House of Representatives’ Committee on Information, National Orientation, Ethics and Values to defend the 2021 budget proposal.

He said the biggest challenge facing the country is fake news and misinformation, warning that the next war that will be fought in the country and across the globe may be in social media.

Mohammed cited the recent #EndSARS protests, saying that it was fought on social media.

He said: ”They mobilised using the social media. The war today revolves around two things. Smart phones and data and these young men don’t even watch television or listen to the radio or read newspapers. We are sitting on a time bomb on this issue of fake news.

“Unfortunately, we have no national policy on social media, and we need one. When we went to China, we could not get Google, Facebook and Instagram.

“You could not even use your email in China because they made sure it is censored and well regulated.”

The minister, however, explained that the federal government was not seeking to shut down the social media because it has come to stay.

He added that the country should have a social media policy that regulates social media and check fake news and misinformation.

He said: ”The biggest challenge facing Nigeria today is fake news and misinformation. Based on that, we dedicated an entire National Council on Information meeting to that issue after which we launched a national campaign against fake news in July 2018. We said then that the next war will be fought without a shot being fired, but with the use of fake news. We didn’t stop there.

“We went on a tour of all media houses to solicit their support in the fight against fake news. We launched the campaign to regulate social media which was bitterly contested by the stakeholders.”

He said if the social media is not regulated, it will destroy the country, expressing the hope that social media and fake news would not destroy Nigeria.

He said in 2017, there was a fake video of the herdsmen and farmers’ crisis, pointing out that it was a video of what happened in Tanzania that was played in Nigeria as if it was true.

Mohammed told the legislators: “In 2017, a very popular entertainer in Nigeria raised the false alarm that students of the College of Education, Gidan Waya in Kaduna State had been murdered. There was an almost reprisal only for him to find out that it was not true.

“In the same 2017, we found out that some of the videos being posted are things that happened in other parts of the world. When there was a problem between South Africa and Nigeria, they were posting videos of what happened in India and Tanzania to suggest that Nigerians were being roasted alive. That was what led to the reprisals in the malls.”

He said the government has continued to draw attention that this is a menace, pointing out, however, fake news is a worldwide phenomenon.

“The University of Ohio conducted a research and discovered that Hillary Clinton lost the presidential election to Trump because of fake news which was promoted by Russia and they worked on three issues. First was that Trump had been endorsed by the Pope. The second was that when she was secretary of state, she authorised the sale of arms and also that she was a very old person. These three things did a lot to sway the votes,” he said.

He said in June, there was a riot in Ethiopia when a popular musician was killed, the government shut down social media for two days to bring that riot under control, pointing out that this occurred around the time Ethiopia hosted the AU.

“You will be shocked that when you start arguing with your children, they will be quoting social media. So, we need a social media policy in Nigeria and we need to empower the various agencies and we need technology to be able to regulate social media.

But a member of the committee, Hon. Emmanuel Oghene, warned against any attempt to shut down the social media, saying the action will be counter-productive and will lead the youths to believe that there is an attempt to truncate democracy.

Oghene said it was wrong to always look at the negative sides of the social media at all times without mentioning the good side.

He said: ”Talking about the recent looting of COVID-19 items, in some places they will be looting, but nobody will know. The government will not know and the police will not know. But because of social media, people will be posting as it is happening and the government will be able to go there and save lives.

“There was a time when some boys were digging the road and because of social media, this information came out and the situation was arrested. If there are no social media, that will not happen.”

The lawmaker added that China is not a good example because it is a communist country, while Nigeria has always been a free democratic country.

Chairman of the committee, Hon. Odebunmi Olusegun, said the federal government should search for the technology to regulate the social media and be able to work with what is already available in cyberspace.