Kindly Share This Story:
The Nigeria Customs Service (NCS) on behave of Federal Government disclosed that the partial border closure will continue until the set objectives are achieved. 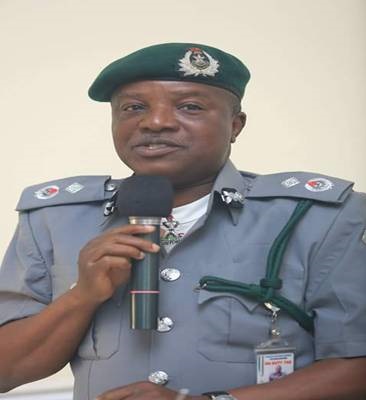 Amehnews recall the Customs Comptroller-General, Col Hameed Ali (rtd) had recently said the main objective of the border closure was to ensure that neighbouring countries complied with the ECOWAS protocols on transit.

Ali explained that the protocol on transit mandated customs in the neighbouring countries to escort items coming to Nigeria to the borders so the importers would not evade payment of duties.

The customs boss added that the closure of the borders had helped to reduce the incessant attacks by bandits.

He said that the measure had also helped in curtailing the influx of arms and ammunition into the country.

He said that security operation of this kind was usually in phases.

The customs National Public Relations Officer, Mr Joseph Attah while reacting to the Service’s leaked memo in the media interview on Sunday, said the internal memo was referring to the end of a phase of the joint security operations known as “Ex Swift  Response”.

According to Attah, the memo is not on the terminal date for the partial border closure.

The leaked memo by the Comptroller (Enforcement) of the Nigeria Customs Service (NCS), Mr Victor Dimka, dated Nov. 1, circulating in the media had said that President Muhammadu Buhari had extended border closure to January 2020.

Dimka in the leaked internal memo said that the ongoing closure of the land borders had recorded an  “overwhelming success.”

He, however, said that there were some objectives yet to be achieved hence the extension.

The memo reads: “I am directed to inform you that it is observed that in spite the overwhelming success of the operation, particularly the security and economic benefits to the nation, a few strategic objectives are yet to be achieved.

“Against this background, Mr President has approved the extension of the exercise to Jan. 31, 2020.

“Consequently, you are requested to convey the development to all personnel for their awareness and guidance.

“Meanwhile, allowance for personnel sustenance and fuelling of vehicles for the period of extension will be paid as soon as possible.

“This is for your information and necessary action, please.” the memo said.

FG to Support Dangote Refinery with Feedstock, Others