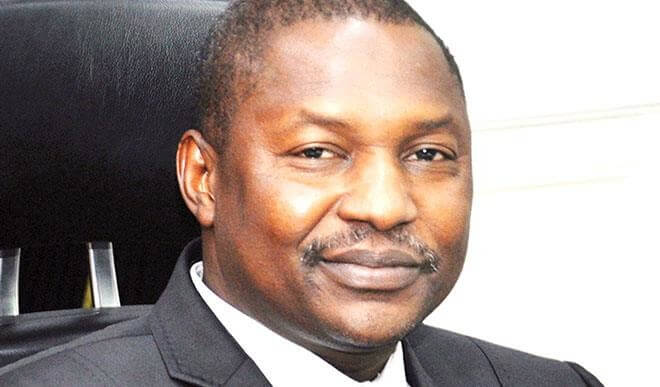 Nigeria has given a bank guarantee of $200 million to the United Kingdom Commercial Court hearing its dispute with a British Virgin Islands-based engineering firm, Process and Industrial Development Limited (P&ID), over a botched Gas Supply and Processing Agreement (GSPA), which the federal government believed was fraudulently procured.

But P&ID has denied any wrongdoing in the agreement it entered into with the federal government to process wet gas for the generation of electricity for the country.

In what is clearly a positive step forward for Nigeria, the United Kingdom Commercial Court presided over by Justice Butcher yesterday accepted the application of Nigeria in its case against P&ID to vary the conditions of the stay of execution of the enforcement order it had earlier granted P&ID.

With the approval, Nigeria will now only need to provide a bank guarantee rather than paying the $200 million security deposit the court had earlier demanded as a precondition for the country to appeal against the $9.6 billion arbitral award.

“This variation in security, which was proposed by Nigeria as an alternative solution during a procedural hearing on 22nd November, has been accepted by the court and P&ID,” a report yesterday by Reuters quoted the Attorney General of the Federation (AGF) and Minister of Justice, Mr. Abubakar Malami, as saying in an emailed statement.
Nigeria had in September won the battle to appeal an earlier ruling given the previous month that would have given legal backing to P&ID to seize national assets if the court had agreed to turn the $9.6 billion arbitral award to a judgment.

Besides, the country had vowed to resist any attempts to make it pay any amount to P&ID.

The government has also expanded its legal team to include London-based law firm Mishcon de Reya. Shaistah Akhtar, a partner with the firm, will lead the legal team alongside Mark Howard QC of Brick Court Chambers, Malami said.

The UK court had on November 22 rejected the application of the federal government for extension of time to comply with the deposit of the $200 million security, but indicated its readiness to accept a “satisfactory bank guarantee” as proposed by the federal government towards the end of the hearing on that day.

The federal government, on another front yesterday, also launched a bid to stop a legal reprieve for a British citizen, James Nolan, standing trial over his alleged link with the Irish firm, by objecting to his application for bail variation before the Federal High Court, sitting in Abuja.

Investigations carried out on the dispute between Nigeria and P&ID over the past few weeks, have revealed incidences of serious fraud, bringing into question both the legitimacy of the GSPA and the subsequent $9.6 billion arbitral award to the company.

However, on Monday, November 25, the court, while hearing the application for variation, granted an extension of the stay till November 26 and subsequently till yesterday when it finally varied the condition for stay, pending the hearing of the appeal filed before the UK Court of Appeal by Nigeria.

The appeal is against the enforcement of the award based on what the federal government described as a fraudulent GSPA purportedly signed in 2010 by the Ministry of Petroleum Resources and P&ID.

The federal government has maintained its decision to challenge the legality and validity of the GSPA both locally and in the UK where it is still contending that Nigeria should be the seat of arbitration.

Nigeria has also insisted that no payment to P&ID could be made as the company is under investigation for fraud and corruption.

Notwithstanding Nigeria’s reservations, the court maintained that its deadlines must be complied with; prompting Nigeria to propose a bank guarantee as a variation to the previous order. This was approved by the court.

Reacting to Nigeria’s placement of $200 million bank guarantee with the UK court, P&ID, in a statement on its website P&ID Facts, titled: “Double Setback for Nigeria in P&ID Case,” welcomed the development.
According to the company, the “developments deal a significant blow to the Nigerian Government’s attempts to evade its legal responsibility to pay the tribunal award owed to P&ID.”

“P&ID expresses hope that the Buhari administration will now accept the reality of the arbitration tribunal award and the decisions of the English court.
“The claims of fraud by the Buhari administration are not credible, and impugn both the English court and the arbitration proceedings chaired by Lord Leonard Hoffman. The ‘evidence’ cited is based purely and exclusively on a government-sanctioned campaign of harassment, intimidation, illegal detentions, forced confessions and show trials,” it added.

Meanwhile, the federal government yesterday opposed the application for bail variation by Nolan, who is standing trial over his alleged link with P&ID.
The Economic and Financial Crimes Commission (EFCC) had arraigned Nolan and Adam Quinn (at large), both British nationals, on October 21, over their alleged complicity in the $9.6 billion judgment debt against Nigeria.

A former director of the petroleum ministry is also on trial for allegedly colluding with P&ID with intent to defraud Nigeria.
The two Britons, both directors of Goidel Resources Limited, a designated non-financial institution and ICIL Limited, were arraigned on a 16-count charge bordering on money laundering, tax evasion, among others.

However the EFCC last week had amended the charges to 32 counts.
He pleaded not guilty to the charges and was admitted to bail by Justice Okon Abang in the sum of N500 million and a surety in like sum, who must fulfill other conditions, which the defendant considered very stringent.

Responding to Nolan’s bail variation application, EFCC counsel, Bala Sanga, said the commission was against Nolan’s plea for bail variation because of the peculiar circumstances of the case.

“I apply for a shift in the date to take our arguments, My Lord, in order to enable us to file a counter-affidavit in response to further affidavit served on us less than 24 hours before the court sitting.

“We were served about 2pm yesterday,” he said.
He, therefore, prayed the court to give him some days to file his counter-affidavit on Nolan’s request.

Defendant’s lawyer, Chris Ezugwu, who acknowledged serving the fresh application on Sanga the previous day, objected to the EFCC’s plea for adjournment.
Justice Abang, however, adjourned proceedings till December 6 for further hearing of the application.
He said the move became necessary in the interest of justice.

Sanga said the prosecution was opposed to the court making the conditions of bail lighter because there are some documents from Nigerian Immigration Service (NIS) that are indicative of the fact that Nolan committed immigration quota trafficking and possibly could be an illegal alien.
The EFCC’s lawyer stressed that if granted the request, Nolan might jump bail.

Justice Abang had on November 7, admitted Nolan to a bail in the sum of N500 million.
The judge, who granted the bail in an application filed by Nolan, ordered that the applicant must produce a surety in like sum, who must be a Nigerian and a serving senator not standing any criminal trial in any court in Nigeria.

Besides, he held that the proposed surety must submit a three-year tax clearance certificate and sign an undertaking to always be present in court with the defendant throughout the duration of the trial.

“The senator must have a landed property fully developed in Maitama District of Abuja and fully certified by the FCDA.
“The surety must submit two passport photographs,” Abang had ruled.

Likewise, the court ordered the defendant to surrender all his international passports and also mandated the NIS to confirm how many passports that were issued to him within the past 20 years.