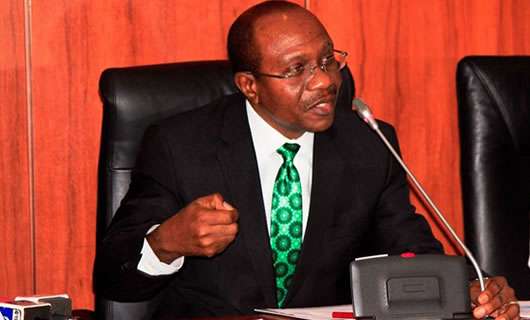 The Federal Government recorded a fiscal deficit of N910.41bn in the fourth quarter of 2018, the Central Bank of Nigeria revealed in its latest economic report.

It said, “Federally-collected revenue, at N2.41tn, in the fourth quarter of 2018, was 27.4 per cent and 4.8 per cent lower than the estimate and the receipts in the preceding quarter, respectively.

“The development relative to budget estimate was due to the shortfall in receipts from both oil and non-oil revenue in the reviewed quarter. Federal Government estimated retained revenue and total expenditures were N916.44bn and N1.826tn, respectively, resulting in an estimated deficit of N910.41bn in the fourth quarter of 2018.”

According to the report, the cessation of rainfall in the period led to widespread dryness across the country.

Agricultural activities in the fourth quarter were dominated by harvesting of tubers, grains and vegetables.

“In the livestock sub-sector, farmers continued with the breeding of poultry birds and fattening of cattle in anticipation of the end of year sales,” the CBN said.

It said the end-period headline inflation on year-on-year and 12-month moving average bases for the review period were 11.44 per cent and 12.10 per cent, respectively.

The apex bank maintained a non-expansionary monetary policy stance in the fourth quarter of 2018, aimed at further curbing inflationary pressure.

The development reflected, wholly, the 4.5 per cent increase in domestic credit (net) of the banking system.

The growth in M3 was due to the 6.4 per cent and 18.5 per cent increase in domestic credit (net) and foreign assets (net) of the banking system, respectively.

On a quarter-on-quarter basis, narrow money supply (M1), rose by 9.2 per cent, compared with 0.5 per cent and 11.0 per cent at the end of the preceding quarter.

The development was due to the 19.4 per cent and 7.5 increase in its currency outside banks and demand deposit components, respectively.

Developments in banks’ deposit rates were mixed, while lending rates trended downwards in the review quarter.

The Central Bank of Nigeria, CBN, has made further clarifications on how domiciliary accounts held…