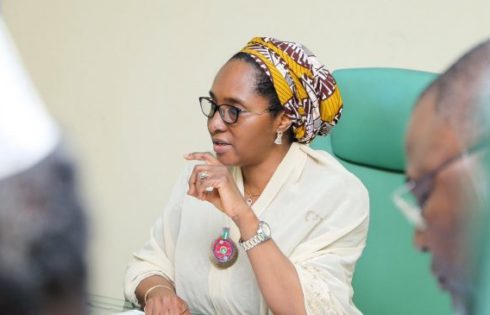 The Federal Government plans to spend about N9.78tn in the 2020 fiscal period, the Minister of Finance, Budget and National Planning, Zainab Ahmed, has said.

She gave the projection on Tuesday in Abuja while unveiling the draft 2020-2022 Medium Term Fiscal Framework and Fiscal Strategy Paper.

The minister again expressed concern over the country’s medium-term fiscal challenges, particularly in the area of revenue generation.

According to her, the continuous increase in personnel costs is an area of concern for the government.

She said that the 2020 budget would be predicated on a lower oil production of 2.18 million barrels per day and lower benchmark oil price of $55 per barrel. In the 2019 budget, the budget benchmark was based on 2.3mbpd and $60 per barrel benchmark.

Explaining the reason for the cut in oil price benchmark, Ahmed said, “A lower oil price benchmark of $55 per barrel is assumed considering the expected oil glut in 2020 as well as the need to cushion against unexpected price shock.”

She said the three of the major forecasters, the Organisation of Petroleum Exporting Countries, the International Energy Association and the United States Energy Information Administration, had predicted that non-OPEC countries would grow oil production by about two million barrel this year and produce even more next year.

For capital expenditure, the minister said the country would see a drop of about N1.13tn from N3.18tn this year to N2.05tn next year.

On where the revenue to fund the budget would come from, she said about N7.6tn would be raised from oil and non-oil sources.

A breakdown of this amount showed that the sum of N2.36tn would come from oil; N124.2bn from the NLNG dividend; N1.55tn from taxes; and N849.9bn expected to be generated from independent revenue sources.

In addition, about N300bn is being projected to come from special levies; N237bn from domestic recoveries; N200bn from stamp duty and N125.48bn from exchange rate differentials.

On the N614bn budget support facility given to states to pay salaries, the minister said the Federal Government would start recovering the N614bn bailout from state governments this month.

Ahmed stated that the states would start getting direct debits from their monthly Federation Account Allocation Committee disbursements.

She said, “The recovery process for us is to deduct from the FAAC allocation to the states and then we will remit to the CBN. We are going to start this remittance by the next FAAC.”