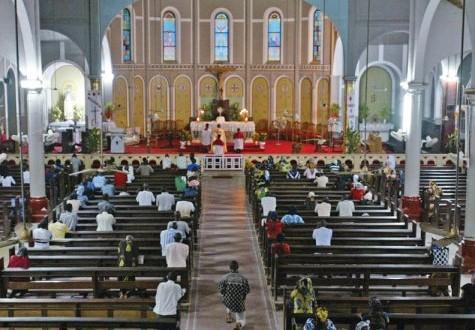 In a related development, the federal government and religious leaders have reached agreement on proposals for the reopening of worship centres nationwide under COVID-19.

The Special Assistant to the President of Christian Association of Nigeria (CAN), Pastor Bayo Ayodeji, said the agreement was reached yesterday at a meeting between PTF, Nigeria Centre for Disease Control (NCDC), CAN and the Nigeria Supreme Council for Islamic Affairs (NSCIA) in Abuja.

Ayodeji, said the meeting proposed guidelines for the eventual reopening of the churches.
According to him, churches are expected to carry disinfection of their premises, provide alcoholic sanitisers, temperature readers, soap and water in their premises to be supervised by medical professionals in the church, while every worshipper must wear face mask.

He added that part of the understanding is that social distancing should be observed in the sitting arrangement with a one-meter gap between two worshippers being strictly maintained.

Regarding pattern of worship, the proposal states that churches’ several mass services on Sundays should end at 5.30 p.m.

“There should be a gap of 10 minutes between one service and another where there are multiple services to avoid crowd. Churches can make use of classrooms and multipurpose halls for services where available especially in big churches in order to accommodate more worshippers at a go. Television circuit and speakers can be used for those who are not inside the main auditorium.

“Hand-shaking and hugging should be avoided before, during and after the service. Children should worship with their parents,” the guidelines stipulate.

CAN said it would constitute a joint committee with law enforcement agencies to ensure full compliance.
It was also gathered from other sources privy to the meeting that Muslim leaders also submitted their proposals.
According to one of the sources, Muslim leaders want their worship to be held the same hour according to the Qur’anic injunctions but that children would not take part.

PTF and NCDC were said to have promised to prepare recommendations that would cover requirements for all religious groups, which would be presented to President Muhammadu Buhari for approval.

If the president approves the proposal, he would announce them in his next national broadcast.