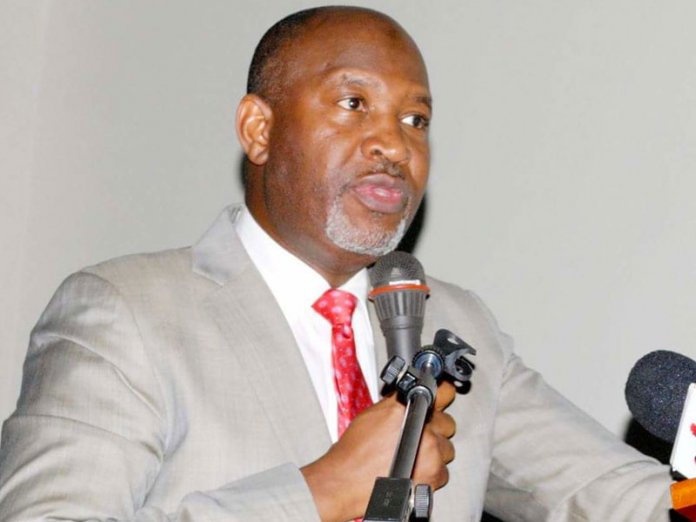 The federal government has taken delivery of a modern Boeing 737-NG Full Flight Simulator (FFS), which will be installed at the Nigerian College of Aviation Technology (NCAT) in Zaria, Kaduna State.

Making the disclosure, the Minister of Aviation, Senator Hadi Sirika, who spoke during a television programme while analysing the strides of Nigeria’s aviation industry in the last five years said the equipment is “now at the Lagos seaport going through Custom clearing process and it will be taken to NCAT in Zaria for installation.”

The Minister said: “As we speak the simulator is at the seaport in Lagos, we are clearing it, the housing component which would house the simulator has been built and it will be on its way to Zaria for installation and training would commence.”

Confirming the minister’s stance, Capt. Abdulsalami Mohammed, the Rector of NCAT said, “It is true, what the Minister said. The new simulator is at the seaport in Lagos waiting to be cleared and the installation will be done soon in the college.”

Earlier in the year when the Minister and NCAT Rector and some other officials were at the CAE, the manufacturer’s facility in Montreal to inspect the equipment (Boeing 737-NG Full Flight Simulator), Sirika said the installation of the equipment is going to reduce drastically the difficulty of the airlines in the country taking their pilots for recurrent and type-rating training outside the country.

“This we know is costing our operators a lot, hence one of the reasons this development is dear to our hearts. The airlines do not need to go through the rigour of securing visas, no huge air ticket fares among others. The school also will have more income and students willing to acquire type rating can do so without going outside the country. As a matter of fact, the coming of the simulator will bring a lot to the school,” said Sirika.

Abdulsalami further said: “We appreciate the effort of our minister who is driving all of these. Our attainment of the International Civil Aviation Organisation Regional Training Centre of Excellence status is being utilised. Year 2020 will witness a lot of activities in the history of NCAT. The multipurpose firefighting simulator is presently installed in the college; the delivery of the six diamond training aircraft is taking place and the installation of the B737-NG simulator is about to happen too.”

The hills and valleys before the new NCDMB Governing Council