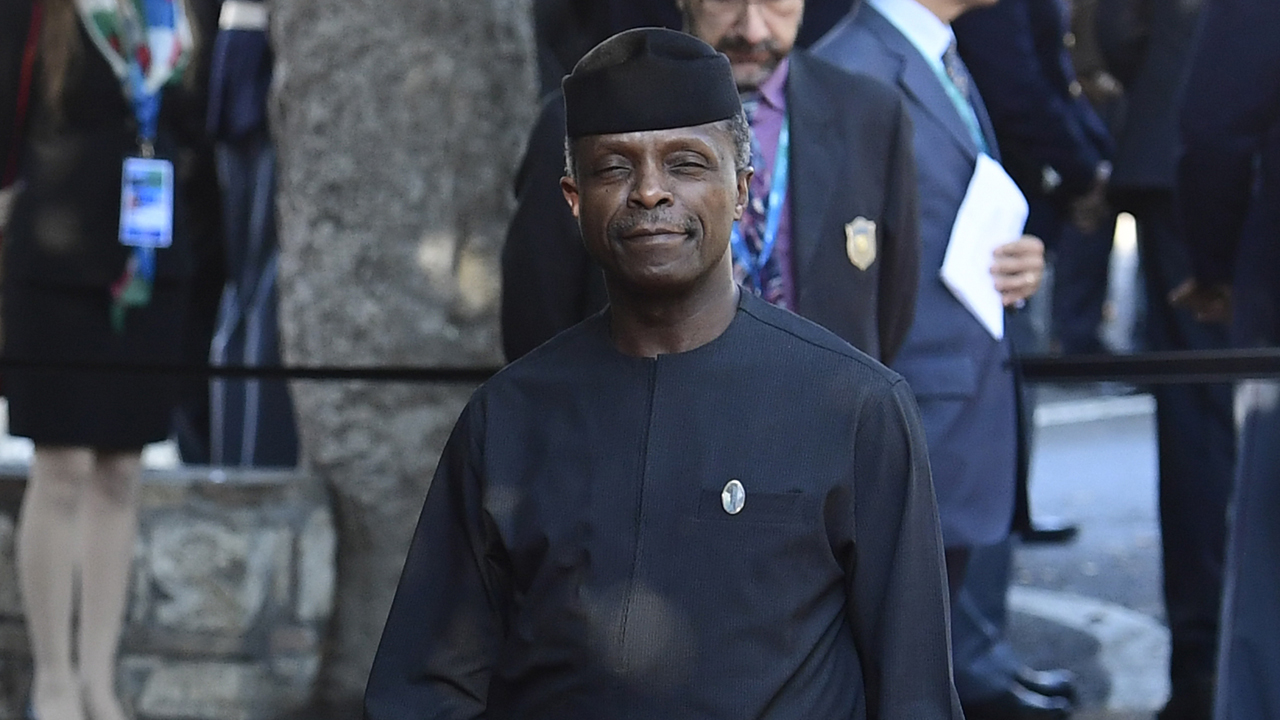 The Acting President Yemi Osinbajo made this known in his opening address at the 2017 Digital Africa Conference and Exhibition. AFP PHOTO / Miguel MEDINA

The Federal Government on Tuesday in Abuja said it would build a one billion dollar ICT company to boost indigenous technology. The Acting President Yemi Osinbajo made this known in his opening address at the 2017 Digital Africa Conference and Exhibition.

The theme of the event is “the Fourth Industrial Revolution: Getting Africa Ready“. According to him, such feat will make Nigeria no longer a dumping ground for ICT products and services.

“The Nigerian government is committed to encourage the growth of indigenous ICT companies to world standards by proving policies that will help them thrive. “With the mantra of change, the Nigerian political milieu will be recalibrated for the age of the Fourth Industrial Revolution.

“So that both the executive and legislative will be more responsive and responsible in addressing the major global challenges staring us in the face,“ he said.

The acting president, who was represented the Minister of Communications, Mr Adebayo Shittu said that the event was to seek ways of leapfrogging development.

The Minister of Communication, represented by the Permanent Secretary in the ministry, Mr Sunday Echono, said the government was preparing for the Fourth Industrial Revolution predicted to happen globally in the very near future.

According to him, the Federal Government has conceived a National ICT Park and Exhibition Centre in the Federal Capital Territory.

“The establishment of the centre will encourage investment in ICT sector and complement the proposed University of ICT which will also produce required skilled manpower for Africa to partake in inevitable Fourth Industrial Revolution.’’

“It will move it to a point of singular where it will adopt technology to drive for its growth and development.

“In the First Industrial Revolution, we shifted from reliance on animals, human effort and biomass as primary sources of energy to the use of fossil fuels and the mechanical power that this enabled.

“In the Second Industrial Revolution, we had major breakthroughs in the form of electricity distribution, both wireless and wired communication, and new forms of power generation.

“The Third Industrial Revolution began with the development of digital and communication systems, bringing about advances in computing power, which has enhanced new ways of generating, processing and sharing information,“ he said.