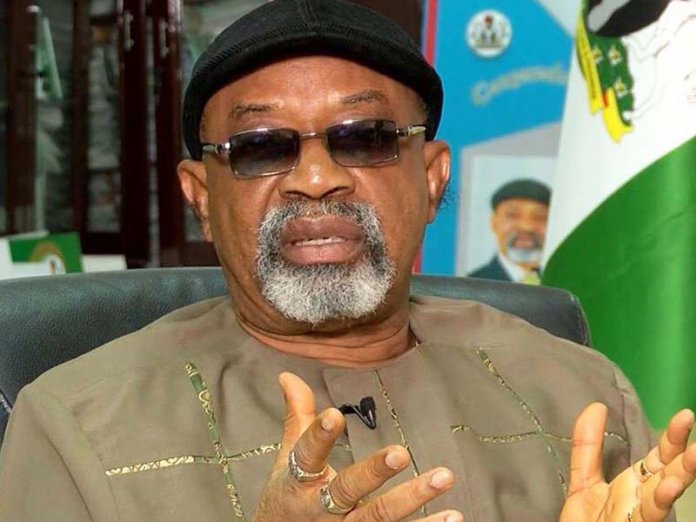 The Federal Ministry of Labour and Employment has given the committee responsible for the consideration of request for registration by the Congress of University Academics (CONUA) four weeks to submit its report.

The move came just as federal government and the Academic Staff Union of Universities (ASUU) have scheduled to resume their negotiations today.

The Minister of Labour and Employment, Senator Chris Ngige, while receiving a delegation of the CONUA leadership in his office in Abuja yesterday, assured them that their application for registration as trade union would be treated with fairness and without fear or favour.

Ngige also said the vision of CONUA on what should be their major focus in the university aligned with his.

The minister accused ASUU of toying with the future of the students by subjecting the universities to long period of closure on academic work.

Speaking on the request for registration by the splinter group, Ngige said what they did is permitted by law.

According to him, “Section 40 of the Nigerian Constitution gives you the right to relate with persons of like minds, and to that extent, it says you can form trade unions, and to we the politicians, we can form political parties subject to registration by the Independent National Electoral Commission (INEC) as a valid political party.

“Your application to the Trade Union department of the ministry was earlier rejected, but you applied to the minister for review which is within your right and that review is ongoing now.”

Also, the minister said a committee has been set up to look into the appeal by CONUA for the review of its application.

He said: “I have set up a committee to do that review, and I will ask that committee to wind up their work, as we are giving them four weeks from today to turn in their report to the ministry

“I do hope that by the middle of December, we would have gotten the final work of the committee and then, the permanent secretary will convene a meeting to look at the report.”

The minister pledged that he would ensure fairness in the consideration of CONUA’s application for registration, adding that the ministry will take decision on the report “without fear or favour.”

Earlier in his speech, the Coordinator of CONUA, Nyi Summonu, pleaded with the minister to use his good offices to ensure the registration of the association as an independent academic union.

Summonu said the members of the new body believed that the existing Academic Staff Union of Universities (ASUU) does not represent their interest, and its mode of operation is not in line with what they believe in.

He promised that his group would pursue issues differently and will not subject students to frequent disruptions in their academic pursuit in order to compel the government to accede to their demands.

Summonu, who claimed that CONUA membership has reached 3,000 from 17 universities in the country, also requested the minister to cause the stoppage of remittance of check-off dues from its members to ASUU pending the conclusion of work on the registration of CONUA.

Third Mainland Bridge to Be Partially Closed on Sunday