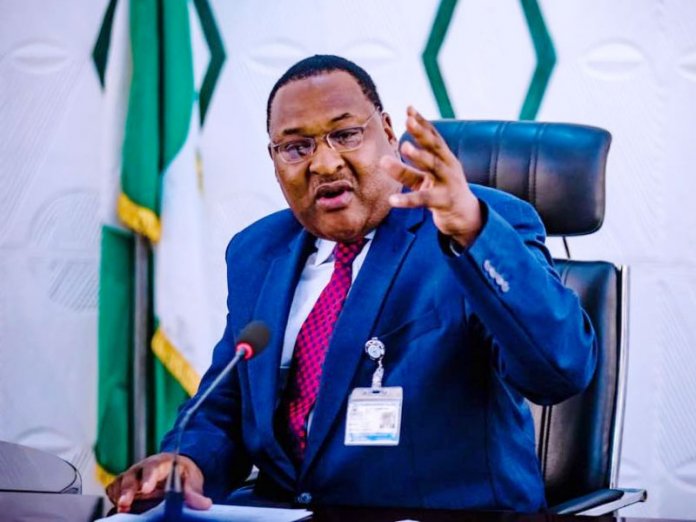 The federal government has called on all bonded terminals in the country to desist from charging shippers and freight forwarders illegal fees and improve on efficient delivery and management of cargo or face total shutdown.

The Executive Secretary /CEO of the Nigerian Shippers Council (NSC), Mr. Hassan Bello, stated this during an on-the-spot assessment of Denca Terminal and Kachicares Bonded Terminal, both located within Amuwo-Odofin Lagos.
Specifically, the NSC boss threatened to shut down Denca Bonded Terminal if it fails to return about N40 million illegal charges obtained under the guise of transfer and storage charges from Nigerian shippers and freight forwarders.

Bello condemned the indiscriminate citing of bonded terminals and issuing of approvals by the Nigeria Customs Service (NCS), stressing that henceforth, the NSC would engage customs to ensure that it is consulted before bonded terminals are licensed.

“Presently, Denca Bonded Terminal has N42 million to refund to importers while Kachicares Terminal owes N3 million. Our circular which we issued in July 2020 would suffice for this exercise, there should be no transfer charges, if goods are stemmed from the seaport terminals, those who stemmed the goods are responsible for whatever cost, not the shipper, so between the seaport terminals and the bonded terminals, there must be an SOP or a memorandum of understanding, I think what has been happening so far is informal arrangements, we cannot afford to operate on informal arrangements,” he said.

“The shipper cannot pay for what is not his responsibility, he has already nominated in the bill of laden where his consignments should be taken to, and transferring it to another terminal is the business of the terminal he nominated.

“NSC believes in consultation, but if we found out that for whatever reason, the seaport terminals or the bonded terminal is charging the bills we have abolished, then we would be left with no option that to ensure that we seal off premises of such recalcitrant operators who have defied genuine orders from the council.”

Bello also disclosed that the NSC is now posting its staff to all terminals to monitor and enforce efficiency.
“Some of the bonded terminals are not properly situated, there are no access to the terminals, the whole environment is not looking nice, and it is also our duty to work with the NSC that licensed them to ensure that whenever a terminal is going to be licensed, its location and geographical availability and suitability must be taken into consideration. We are going to talk with the customs to see that we are consulted when these terminals are being licensed, “he added.

Bello pointed out that some of the terminals have good equipment, adding that the NSC is pushing for terminals to meet international standards.
“The circular issued in July prohibited terminals from leveling charges on storage or transfer, especially when the consignee have not appointed the terminal as port of destination. We have been to other terminal we saw some level of compliance, but your terminal unfortunately is still leveling charges on storage and transfer, and for now, about N42million which belongs to shippers from the various complaints have not been refunded.

“We are also concerned with your operational efficiency, access to your terminal, the traffic situation and many other operations are under scrutiny. The council wants timely evacuation of cargoes and efficiency in service delivery, “he said.
In his response, General Manager, Denca Bonded Terminal, Mr. Tony Asiadiachi, blamed APM Terminals for the storage and transfer charges.

Denca Terminal, he said, had to pay hundreds of millions to APMT and inherit all storage on the containers before they are allowed to be moved to Denca terminal.
Denca Bonded Terminal, he explained, will in turn, transfer all these charges on the importer.

“We started charging the shippers on instructions from the terminal operators. Every container we have taken here so far have Apapa Bill of Laden, APMT considers some terminals to be under Apapa, they give us bills, some of them carry storage, and we must pay these storage before we carry the containers, and we in turn pass it to customers, the customers started complaining. To handle some of these cargoes, it costs us millions of Naira, we took these money from the bank as loan in order for us to take these containers” he said.