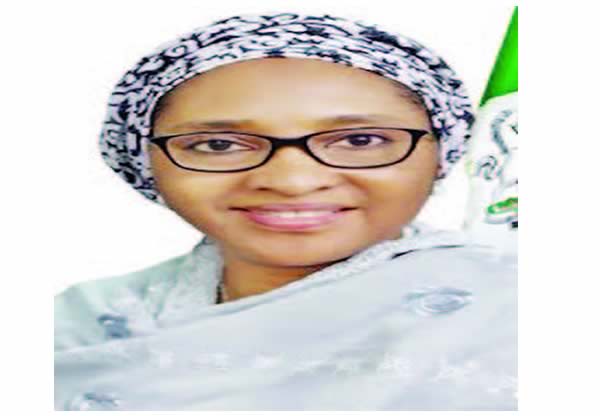 The Federal Government has met with the World Bank over a proposed $1bn loan for the country’s ailing power sector.

The Minister of Finance, Ms Zainab Ahmed, who led the Nigerian team to the meeting with the World Bank Power Sector team, said the raison d’être of the high-level meeting was to discuss the way forward on the proposed $1bn Nigeria Performance- Based Loan.

Ahmed disclosed this on Sunday during the ministerial press briefing at the 2019 International Monetary Fund and World Bank Spring Meetings in Washington DC. The Minister of Budget & National Planning, Senator Udoma Udo- Udoma and the Governor, Central Bank of Nigeria, Mr Godwin Emefiele also attended the briefing which held at the World Bank headquarters.

She said, “We met with the World Bank Power Sector team and discussed the way forward on the proposed $1bn Nigeria Performance -Based Loan. We agreed to bring relevant MDAs together to ensure that we advance this operation in a timely manner.

“We will also discuss the country portfolio performance of Nigeria which currently stands at $9.8bn with the Nigerian Country team at the World Bank and how we could manage the portfolio for optimum results.”

Five years after privatisation, the power sector’s narrative has not changed as the protracted challenges bedevilling the sector have yet to be completely addressed. Power generation plunged to 2,390.20 megawatts as of 6.00 am on October 29, 2018, as the number of idle power plants rose from seven to 15. It dropped to 3,456MW on February 24, 2019, as 1,108MW were lost in seven days.

In spite of the claim by generation companies that generation capacity has improved, the actual available power in the country has fluctuated between 2,500MW and 3,500MW to the chagrin of Nigerians who want stable electricity supply. In view of this, the National Leader of the All Progressives Congress, Bola Tinubu, had recently urged the Federal Government to revisit the privatisation of the power sector, noting that the country could not afford to be too legalistic about it.

Explaining Nigeria’s activities in the area of climate finance, the finance minister revealed that the country would later this year issue N15bn green bond, having successfully raised N10.92bn in December 2018.

“Nigeria endorsed the coalition principles as one of the founding members. Recall, we were the first SSA country to issue a green bond in December (N10.97bn) for the financing of solar and we are currently in the process of issuing a second green bond N15bn later this year to finance various sectors in agriculture, power, health and water resources.”

The minister said her delegation also met with the Director, Africa Department of IMF where the IMF was updated on not only developments in the Nigerian economy but also government’s commitment to fully implement the Economic Recovery and Growth Plan.

“The IMF also promised to assist us in the area of liquidity management and share lessons and experiences on countries where the energy subsidies were successfully managed,” she added.

Also, on the sidelines of the Spring Meetings, the minister and the CBN governor held a bilateral meeting with Queen Maxima of the Netherlands to discuss how Nigeria had fared in the areas of financial inclusion.

“As you are aware, Queen Maxima is the UN Secretary-General Special Advocate leading global advocacy efforts to advance financial inclusion, opening a path to empowerment for all. Following her last visit to Nigeria, she wanted to know what progress has been made in the area of Financial Inclusion and how she could be of help.”

Ahmed said the Dutch royalty was duly informed about various social initiatives of the Federal Government.