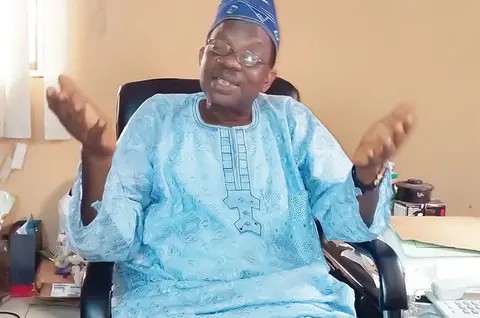 Chairman, Folhope Nigeria Limited, an integrated agricultural firm headquartered in Ibadan, Oyo State, Nigeria, Chief Emmanuel Folorunsho Ogunnaike, tells NURUDEEN ALIMI reasons the ban on importation of maize by the Federal Government should be reviewed and also why it is important for the government to do something drastic about the activities of herdsmen which, he says, have become a major threat to food security in the country. Excerpts:

As a major stakeholder in the Nigerian agricultural sector, what is your take on forex ban for maize importation by the Federal Government?

Well, ban on maize importation by the Federal Government is a welcome development but if the problem of herdsmen killing of farmers and vandalising of farmlands are not checked and put an end to, in the next three years, we shall be seeing death of people occasioned by hunger.

Currently, we are not having enough food so they should not have banned the importation of maize right now but banning as I have said earlier is a laudable decision because it would encourage local producers to produce in a very large scale.

In Nigeria, we have all it takes to produce more than enough food to sustain the Nigerian masses. But the clause is that if the issue of cattle rearers killing and vandalising farmlands are not stopped permanently there is going to be perilious time facing Nigerian masses in the area of food shortages. The issue of cattle rearers should be addressed and properly looked into. Farmers are ready to go into farming, but with the killing, they are discouraged, they are not ready to go to farm because of the fear of being killed. So, like I have said, if all these problems highlighted are not adequately addressed, and farmers are not practicing farming the way they should, we are going to experience serious scarcity of food in the nearest future especially with the ban on maize importation. They should have done it maybe in such a way that they extend the time of banning a little bit more to enable us have enough. Well, you plant your maize within six or seven months it will be ready for harvest no doubt about that. Like I have said earlier, farmers are ready to produce in a very large scale but the hinderance is the issue of herders killing the farmers which is discouraging them from going to the farm. Therefore, our appeal is that the Federal Government should extend the duration of complete ban on importation of maize to enable us have enough. But to enable us have enough, they just have to do sometging meaningful about the herders that killing, maiming and destroying farmlands a development which is discouraging farmers to go to farm.

Do you think Nigeria should be importing a commodity such as maize in the first place? Can’t we produce locally even though with the challenges being faced by farmers as you have earlier stated, Do Nigeria have to import maize in the first instance?

With human and natural resources available there is no justifiable reason for Nigeria to be importing maize. We are in a position to produce even to serve the entire Africa. The capabilities are there but the hinderance is the issue of herdsmen killings discouraging people from going to the farm. Nobody wants to die and nobody wants to plant for cattle to be grazing on. People are talking of compensation, compensation cannot stand for food, Naira, Dollar and Pounds Sterling cannot stand for food. Framers are into farming in order to secure food for their immediate family the leftover is what they are going to sell. A situation whereby you planted and cattle grazed on it and they say you should come and take compensation is not the issue. I will advise that the herders should adopt complete ranching which encourages the feeding of their cattle within an enclosure like it is being done in developed nations of the world. Germany, Israel, U.S and all of them, you cannot see people taking cattle to graze, they are into ranching. They have their environment where they raise their cattle, they produce dairy milk and they are getting the desired results. So, if we continue to combine farming with cattle grazing we will never have sufficient food in Nigeria.

What is the current situation concerning the availability of feeds for poultry products as a result of the ban on maize importation?

Even before the placement of ban the cost of livestock feeds is skyrocketing day by day and it is becoming unbearable. It is becoming out of reach for livestock farmers. Livestock farmers are operating at a heavy loss even before the ban and the COVID-19 pandemic which now make things worse, farmers have been producing their product at a loss. With exception of food like maize, rice etc that are going up day by day, livestock products are being undervalued. People are selling pig at a loss, other poultry products including fish at a loss. If you want to make profit from poultry now, a tray of egg should have been N1,500. A kilogram of pig should have cost N1,000, a kilogram of fish also should have been N1,200 but they are even unable to sell up to have of what I have mentioned. So, livestock farmers are running the business at a loss. But for crops like cassava, yam, rice and others skyrocketing going up day by day maybe just because of the competition between man and animal is the root cause of that.

Can you do a summary analysis of prices of foods as of now?

As of now, with exception to prices of livestock products that are going down, prices of food are becoming unbearable. For exmaple now, maize has rose to almost to between N170,000 and N175,000 per tonne. The price was N86,000 between January and February. Prices of rice and cassava are also going up. They are even out of reach. What we have in abundance now are livestock products like fish, pigs, eggs and chicken.

What do you think is responsible for the hike in prices of food?

Hike in prices of food is occasioned by scarcity. Farmers are not producing, they are running out of their farms. In those days if you are coming from Lagos to Ibadan, Oyo, Akure, Osun and the rest, you will see fresh corn both left and right of the road both cooked and roasted and raw. Those places are cattle-grazing areas. If you combine farming and grazing together, forget about food suffiency in Nigeria. No matter the amount of billions government put into agriculture, it will remain labour in futility if the issue of cattle herders is not addressed. People are trooping into Nigeria from African neighbouring countries thereby increasing population, increasing food demand and the food is not even available. Even, if we say we are going to import, we can only import if there is sufficient fund. When the oil, the only source of revenue for the country is no more there, we won’t have enough resources to opt for importation. And only a country with sufficient food will export and sell to you. So, the best thing is for everybody to have enough within their locality. Also, in all of these, we cannot rule out weather hazards and pest invasion but all these are very minor because in Nigeria you can plant maize for seven months. If one is infested, another one will not. If weather hazard affected some, others will not. But the problem of herdsmen is 365 days a year. Very often, they are waylaying farmers, killing them and destroying their crops so the ones that are lucky not to be killed are running out of the farms.

What do you think is the way out of these problems?

Well, as I have said earlier, the way out is to curtail the activities of herdsmen. It is the only solution to the problem of hunger that is inevitable in this country. Hunger is inevitable unless the issue of herdsmen are properly addressed and put a stop to.

Kindly Share This Story: he Minister of Agriculture and Rural Development, Alhaji Sabo Nanono has…

NACCIMA Applauds President Buhari for the launching of PAGMI