Fidelity Bank Plc, top Nigerian lender has handed over a well-equipped, state-of-the-art Kitchen/Catering Laboratory for the use of students at the Girls Correctional Home, Idi-Araba, Lagos. The project, according to the bank, is a clear demonstration of its unwavering support towards enhancing the lives and wellbeing of less privileged members of the society. 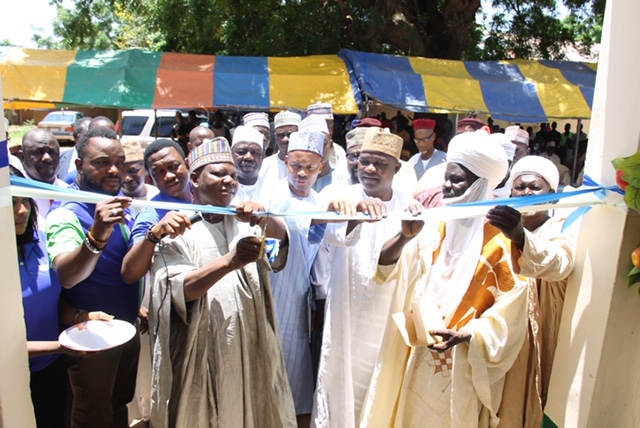 Speaking at the commissioning ceremony in Lagos recently, the bank’s Managing Director/Chief Executive Officer, Nnamdi Okonkwo said that the decision to embark on the project is borne out of a deep-seated realisation that vocational education remains vital to the development of any society.

Okonkwo who was represented the bank’s Head of Legal Division, Kingsley Ohiri thanked the Ministry of Youth & Social Development for giving them the opportunity to partner with the State and hoped to do more in the future. He also mentioned the bank had, in the past, carried out some CSR projects in the State such as the Correctional Centre for Boys, Birrel Avenue, Yaba where vocational training tools were provided for the use of wards at the centre.

While commissioning the project, the Commissioner for Youth and Social Development, Olusegun Dawodu said that the kitchen would provide the children the means to learn a new vocation which they would use to benefit themselves and the society at large. 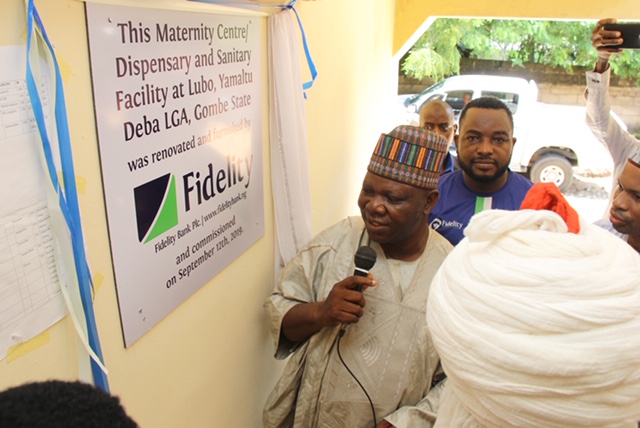 L-R: Reps of the Governor of Gombe State, Perm Sec Ministry of Health, HRH Hassan Ibrahim reads the text on the plaque during the official commissioning of the renovated Primary Healthcare Centre, Lubo in Gombe State as Head HRBP & Recruitment/CSR & Sustainability, Chris Nnakwe looks on.

Dawodu also reiterated the resolve of the State Government to prioritise the needs of the teeming youth saying, “The Lagos State Government would continue to support and empower the children and youth in the State with relevant skills in order to play active roles in the Nigerian economy, thereby creating wealth and reducing the rate of unemployment and criminal activities among the youths and children”.

He specifically thanked Fidelity Bank for supporting the Government and especially the youths in the State by initiating and extending their Corporate Social Responsibility (CSR) to ensure that the society is impacted positively.

On her own part, the Permanent Secretary in the Ministry, Yewande Falugba, emphasised the need for well-meaning Nigerians and organisations to emulate Fidelity Bank by partnering with the State Government in ensuring the social well-being of the youths and children.