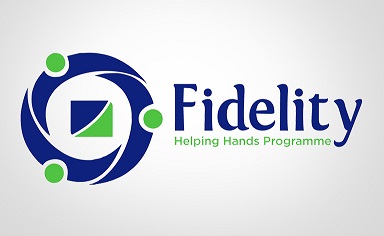 The Executive Director, Shared Services and products, Fidelity Bank Plc, Mrs Chijioke Ugochukwu, during draw exercise at the bank head office, Lagos said today, we are proud to all have witness the first draw in the get alert million season three promo. That event this morning has been the public witness, public conduct in the buying and selling has winners across the nation.

Ogochukwu who represented NNamdi Okonkwo, the Managing Director and Chief Executive of the bank, said in the get alert of game three as we call it, is our 8 (eight) promo in the past 11 (eleven) years and in the course of 6 (six) months that this promo will runs, we will be giving out a total of N110million.

In response to how the winners will get their prizes, ED Shared Services said as we emphasized through this morning, this is wining without condition. There will be no condition attached to the prize, reiterated she.

After the end of draw exercise, Ogochukwu said we were able to call some of the winners, a man from Texas USA, Omenkeukwu Vitus Chukwuma who won N1million, a student in Afe Babalola University also won N1million while a trader from Anambra, Nnamdi Joseph Okafor won N2million.

Ogochukwu disclosed the reason behind the promo, that the exercise is the way to touch life of customers of the bank, to improve living standard of the society, inline with Central Bank’s directive on financial inclusion and to promote saving culture of our people.

She said Fidelity bank plc is aware of national objective as regarding financial inclusion, that, there is need to bring people as many as possible into banking system and this saving promo, one of the major pillar is in support of that drive. We have seen in the pass 8 (eight) years, millions of millions of accounts opened and as we described in many places, where attention of the customers may have not be done in day -to -day -market, the promo help immensely attract attention and call for action for commences of banking institution there.

Kindly Share This Story: The Speaker of the House of Representatives, Hon. Femi Gbajabiamila, has…