Fidelity Bank Plc, has assured  its stakeholders that, despite the severe negative operating environment in the banking industry, among other things. our success story was anchored on improved services, quality, innovative products and services tailored to meet the varying needs of our customers. 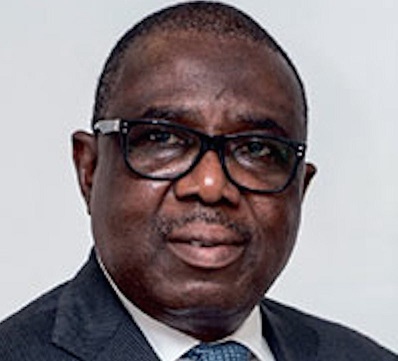 Ernest Ebi, the Chairman of the bank

Your bank  with new indicators in the domestic economy taking a positive trajectory in the recent times, He assured the shareholders that the bank would consolidate on its retail banking business.

Speaking during the bank’s 29 Annual General Meetings held on Thursday in Lagos,Ernest Ebi, the Chairman of the bank made the above disclosure as part of his major highlight while answering shareholders questions noting that as a very prudent bank, its risk management team are working assiduously to also ensure a hitch free year.

Ebi who is full of confidence said despited the drop in profitability, we remain strong, boasting of a capital adequacy ratio of 17.2 percent in 2016 which stood well above the regulatory minimium of 15.0 percent. This implies that as the business enverionment opens up in 2017 financial year, your bank will have adeqaute capital to latch on to the opportunities.

Meanwhile, the bank’s shareholders during the meeting, unanimously approved the dividend payout the bank’s management had earlier declared.

Specifically, a dividend of N3.9 billion was paid for the year ended December 31, 2016. The dividend translates to 14 kobo per 50 kobo share. According to the Chairman, the bank would continue on the path of growth. He also expressed optimism that with positive developments in the economy, the bank would perform better this year.

“The headwinds are gradually going away and we can see light at the end of the tunnel. With the government now having an Economic Recovery and Growth Plan (ERGP), I think that is good news for businesses. Consequently, our priority remains to de-risk the business by way of a much disciplined risk management. Using our technology, we would drive effective service delivery for our customers in 2017,” he added.

Also responding to questions, the Chief Executive, Fidelity Bank,Nnamdi Okonkwo, described 2016 as a very tough year. “We remain solidly aware of the opportunity areas in 2017 and will work to grab the lion share. As we do that, we Will not relent on the plan to redesign our systems and processes to boost service delivery, intensify strategic efforts to reduce operating expenses and cost-to-serve, as well as improve our retail risk monitoring capacities to ensure both internal and external risks are promptly recognises and swiftly purged,” Okonkwo added.

He also added that we will deepen our efforts in the retail and commercial market, small and medium scale enterpriese (SMEs)  and niche corporate banking busnesses through innovative products and services.