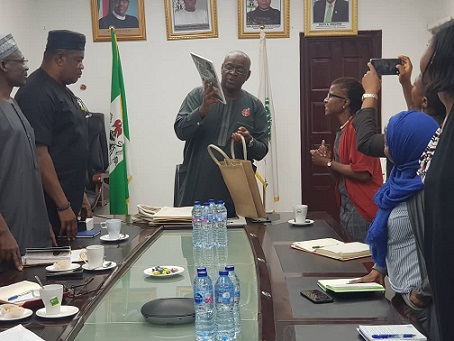 The Standards Organisation of Nigeria has been commended by the International Computer Hacking and Intellectual Property Unit of the Embassy of the United States of America (USA) in Nigeria, for its role in curbing the influx of substandard and counterfeit goods into the Country.

This commendation was given by the Head of the US Embassy delegation, Ms. Tanya Hill during a courtesy visit to the Director General, Standards Organisation of Nigeria (SON) Osita Aboloma Esq. in Abuja.

Ms. Hill stated the aim of the visit as being to intimate SON of the establishment of Federal Agencies Network Against Counterfeiting and Piracy (FANCAP); an initiative she said was borne out of a recent symposium on intellectual property rights. This according to her was in view of the crucial role SON plays in regulating substandard and counterfeit goods.

She said FANCAP was set up principally for the promotion, protection and enforcement of Intellectual Property Rights (IPR) through Inter- Agency collaborations and partnership.

Earlier in his welcome remarks, DG, SON, Osita Aboloma Esq. said SON was working in line with the standardization policy of the Federal Government that places high premium on getting rid of substandard and counterfeit products. 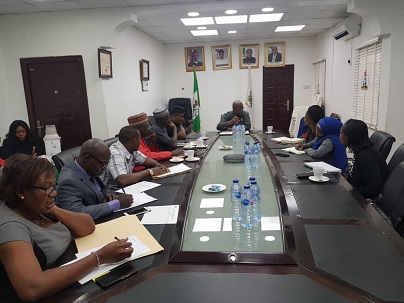 Cross section of the interactive session during the visit

He stated that the Organization was not restricting itself to the enforcement of goods but also putting in place innovations that will ensure counterfeiting does not occur in the first place.

The SON Chief Executive pledged the organization’s preparedness for greater collaboration with, and advise from sister agencies for an expanded scope of operations.

Also in attendance from SON were the Chief of Staff to the DG, Barr. Richard Agu, Director, PRS, Dr. Yahaya Fana, the Technical Assistant to DG; Mr. Mark Dakhling, the Head, SME Desk, Mrs. Phebean Arumemi and a representative of Director, Legal Services