Kindly Share This Story:
…Demands desolation of governing board 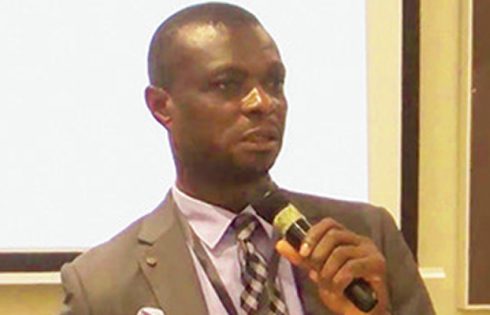 The Coalition of Civil Society Groups in Nigeria has applauded the decision of the Federal government, to reinstate Dr Chima Igwe, as the acting Director General of the Federal Institute of Industrial Research Oshodi FIIRO.
The group said the decision, as directed by the Honorable Minister of Science and technology, Dr Ogbonaya Onu, is a clear demonstration of the fact, that government is not willing to allow itself or the institutions of government, to be used by certain politically exposed persons, to advance ethnic politics and disrupt the progressive determinations, of the administration of President Muhammadu Buhari.
The group, has at several occasions, accused the workers unions and some members of the management team of FIIRO, of orchestrating a campaign of calumny against Igwe, who from all indications have truly completed his PhD programme, but rather being accused by unions, of not possessing one.
Speaking through its Convener, Comrade Emmanuel Ayodeji in Lagos, the group described the recent purported demotion of the former acting Director General of the Federal Institute of Industrial Research Oshodi FIIRO, Dr Chima Igwe as a charade and gross abuse of power, by the Governing Board of the Institute, stressing that it was an attempt by some desperate politicians, being led by the Chairman of the Governing board, to hijack the administration of the Institute, for selfish political gains.
Ayodeji stated that the demotion of Igwev was illegal,adding that the Governing Board is abusing its powers considering the recent number of its arbitrary decisions, taken without any recourse to the Ministry of Science and technology, which ordinarily should be involved in such decisions.
The Civil Society Groups said the law is clear about the functions of the governing council, and among the many functions listed there, none empowers the council to even oversee the daily running of the affairs of the Institute, as being witnesed under under the current board.
The group described as ridiculous, the actions of the governing board, which has been conspiring with some directors of the Institute, to destabilise it and perpetrate corruption, saying it is clear that the board is on a self serving mission.
The group therefore demanded the immediate dissolution of the governing board of the Institute, by President Muhammadu Buhari, as it further accused the Chairman of the council of working against the interest of the administration of President Buhari, as it keeps doing everything to undermine the progress of the administration, by colluding with some corrupt members of FIIRO management staff, who have constituted themselves as problem to the Institute.
“We wish to remind Nigerians, that the war of against Dr Chima Igwe is both fuel by some ethnic champions and corrupt individuals, who are opposed to his prudent administration of FIIRO, when he had come to unravel the massive corruption taking place in the Institute, which has made the cartel to be at war with him. These they have employed several means, to achieve, including the recent engagements of the governing board of the Institute, to illegally force the Dr Igwe out of Office.” the group said.
“It will also interest Nigerians to know, that as a result of several frivolous petitions by these politicians and their conspirators within the Institute, the various anti-corruption agencies have investigated Dr Chima Igwe and none, till date, has found him guilty of involvement in any form of corruption.”