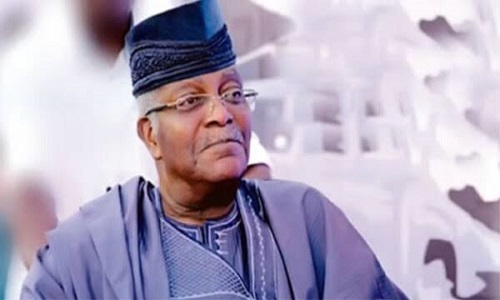 His son, Deji, confirmed that he passed on last night.

The late Gen. Johnson was appointed Military Administrator by the then military Head of State,  Maj.-Gen. Thomas Aguiyi- Ironsi, and later, governor of Lagos State by his successor, Gen. Yakubu Gowon.

He served in that capacity between 1966 and 1975  when he was compulsory retired by former Head of State, the late Gen. Murtala Mohammed.

However, he and the military governor of Western State were separated from the pack of colleagues who were indicted for alleged corruption.

In retirement, he ventured into business, becoming the Chairman of Julius Berger, the giant construction.

Johnson was born on February 9, 1936. His administration supervised the unpopular demolition of Ajele Cemetery in the early 1970s.

His tenure saw the building of major infrastructure in Lagos State.

He was first appointed by Aguiyi-Ironsi as the administrator of the Federal Capital Territory of Lagos in 1966; he was involved in developing the civil service.

Johnson was initially assisted in running the state by some key civil servants, including Administrative Secretary, Adeyemi-Bero, Finance Secretary, Folarin Coker, and the acting secretary to the Military Government, Howson Wright. He waited until April 1968 before appointing his commissioners.

In 1975, at the inception of the Gen Murtala Mohammed administration, Johnson was one of the two governors (along with the Brig Oluwole Rotimi) found not guilty of corruption by the three-man panel set up to investigate the various allegations of corruption amongst the State Governors.

He retired from the Nigerian Army in 1975 and went into private business.

A road, an avenue, and a sports complex in Mobalaji’s home state bear his name as well as a Housing Scheme at Lekki both in Lagos.