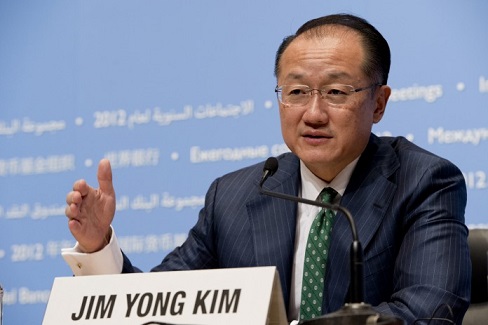 GIP, which is led by Nigeria’s Bayo Ogunlesi as managing partner, manages over $48 billion in assets for various investors across the world.

The new appointment was announced just a day after Kim tendered his resignation from the global financial institution and three years short of his tenure expiration in 2022.

With his departure, Kim will be barred for one year from doing any business with World Bank units, including the International Finance Corporation, the institution’s private sector lending subsidiary.

This is to avoid conflict of interest, especially as he will be working on infrastructure investments in developing economies, which is a core focus of the World Bank.

According to the report, Kim’s departure for GIP took shape around the time of the G20 summit in Buenos Aires that held from November 30 to December 1, 2018.

His exit was also linked to differences with US President Donald Trump’s administration over the need for multilateral institutions.

“The opportunity to join the private sector was unexpected, but I’ve concluded that this is the path through which I will be able to make the largest impact on major global issues like climate change and the infrastructure deficit in emerging markets,” Kim had said in a note to staff on Monday.

Kim will be working closely with Bayo Ogunlesi, chairman and managing partner at GIP, who was formerly head of Global Investment Banking at Credit Suisse.

Ogunlesi, nicknamed “the man who bought Gatwick Airport,” was named as part of Trump’s Strategic and Policy Forum, which was disbanded on Aug 16, 2017.

CBN Plans to raise N1.8tn Through sale of treasury bills in Q1 2019