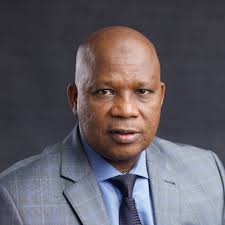 He added that a total of 2,872 rice, maize and cassava farmers were receiving NIRSAL’s support in the South-South states of Akwa Ibom, Cross River, Edo and Delta while a 44,670 farmers cultivating on 68,771 hectares of land are also benefiting nationwide.

Speaking during the flag-off of the distribution of inputs to farmers in the state recently, he said the move was in adherence to both NIRSAL and the current administration’s principles of all-inclusive growth.

Abdulhameed, further pointed out that members of the Uyo Women Agro Geo-Cooperative (AGC) would access financing through the Central Bank of Nigeria’s (CBN) Anchor Borrowers’ Programme (ABP) for which NIRSAL was playing a critical role as a Participating Financial Institution (PFI) in ensuring that the central bank and indeed the federal government’s developmental and economic diversification goals are realised.

Represented at the occasion by the NIRSAL’s Head, Project Monitoring, Reporting and Remediation Office (PMRO), Akwa Ibom State, Helen Akula, Abdulhameed noted that its support to Uyo Women AGC would further create jobs for many families in the community, thereby achieving the agency’s mission of forging partnerships between finance and agriculture while achieving food security, creating jobs and spurring economic growth.

He said through the ABP, the farmers’ door to commercial financing had been unlocked, thereby paving the way for a better-quality life for Nigerians.

He, however, reminded the farmers that the input received was not grant but a loan facility which must be paid back for other farmers to also benefit from.

He said: “I have faith in you all that together as a team every kobo will be repaid with ample profit left in the bank for you to enjoy the fruits of your labour.”

In his remarks, CBN’s Head, Development Finance Office, Akwa Ibom State, Mr. Desmond Ushe said with the integration of NIRSAL’s AGC concept, risks would be reduced significantly, and the participation of farmers in the ABP would be boosted.

He urged the beneficiaries to reciprocate the good intentions of CBN Governor, Mr. Godwin Emefiele, whom he said possesses the utmost passion for the ABP and for economic growth through agriculture.
However, President of the Uyo Women AGC, Mrs. Theresa Thompson Akpan, described the CBN’s support through NIRSAL as a milestone in enhancing cassava production in the state