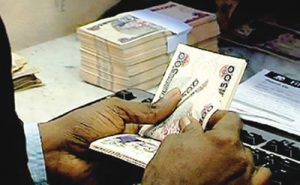 Investors’ participation in the nation’s stock market has dropped by 29.5 per cent year-on-year, data from the Nigerian Stock Exchange, has shown.

The NSE in its monthly market report, said the total transactions executed on the trading floor dropped to N1.32tn in January to August from N1.88tn in the corresponding period of 2018.

The performance of the current month, when compared to the performance in the same period of the prior year, revealed that total transactions decreased by 8.85 per cent in August 2019.

A further analysis of the total transactions executed between August and July revealed that total domestic transactions increased by 5.39 per cent from N55.69bn in July to N58.69bn in August.

The value of domestic transactions executed by institutional investors outperformed retail investors by eight per cent.

A comparison of domestic transactions in August and July revealed that retail transactions decreased by 5.97 per cent from N25.44bn in July to N23.92bn in August.

The total withdrawals of Foreign Portfolio Investors stood at N316.19bn at the end of August, compared with the N469.71bn recorded in the corresponding period of 2018.