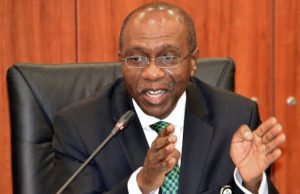 In other to ease the foreign exchange pressure further on Nigerians seeking to carry out international business transactions, the Central Bank of Nigeria (CBN) expected to offload another $350 million to the interbank forex market, through its special wholesale intervention forward sales.
Sources in the interbank window confirmed that the move by the CBN was to ensure foreign exchange liquidity and guarantee access to the United States dollar.

The source further disclosed that declined anonymity, there was currently a liquidity glut in the market, as banks were now sending their marketing officers to scout for customers that genuinely require foreign exchange for the purposes identified for intervention.
The  banks were eager to dispose off the forex sold to them by the CBN in order not to suffer losses that may arise from further appreciation of the naira, the source added.

“There is also palpable fear in the market that the continued offloading of dollar cash by those who have been hoarding the currency would further lead to naira appreciation.”
Confirming the intervention by the CBN, its spokesman and Acting Director, CorporateCommunications Department, Isaac Okorafor said the CBN was committed to easing the pressure on Nigerians who genuinely required forex to meet personal commitments.
Okorafor disclosed that reports monitored on a daily basis at the Bank indicated that the bold move by the Bank was having the desired impact in the interbank foreign exchange market. He expressed optimism that the trend would be sustained for the benefit of all Nigerians.

It will be recalled that the CBN, in the past two weeks, has injected over $500million into the foreign exchange market through a special wholesale intervention forward sales intervention in order to create liquidity in the sector.