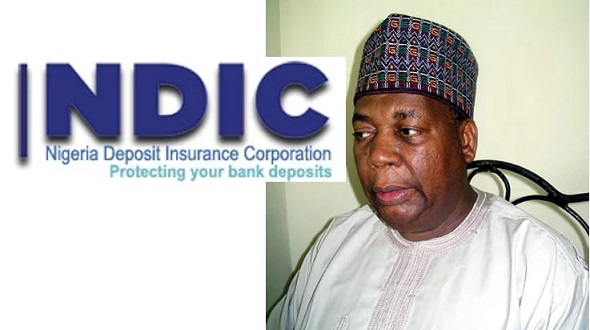 According to the press statement signed by Suleiman Birchi, Head, Communication & Public Affairs of the Corporations, revealed that the graduates have also earned themselves triple qualifications of MBA, Bangor University; Associate, Chartered Institute of Bankers, Scotland the oldest professional banking institute in the world) and Associate,The Chartered Institute of Bankers of Nigeria (ACIB).

While speaking at the CIBN Graduates’ Induction and Prize Award Day in Lagos, the NDIC Managing Director/Chief Executive, Alh. Umaru Ibrahim said thatthe Corporation sponsored some of its staff on the CB/MBA programto upscale the skills of the staff in the lower/middle managerial cadre.

According to Ibrahim, since the beginning of the program in 2013, a total of seventy seven (77) NDIC staff had been enrolled in the Chartered Banker Bangor Program, of which, forty-six (46) including the nineteen (19) that graduatedlast weekend had successfully completed the program while the others were at various stages of completion.

He challenged the CB/MBA graduates to embrace life-long learning and self-development in their future careers and professional endeavours.

The NDIC CEO used the occasion to emphasize that the banking environment was witnessing rapid changes, including the forces of globalization of banking; economic uncertainties; advances in information and Communication technology (ICT), such as block chain technology and virtual currency which bankers must grapple with.

Ibrahim also noted that thecurrent economic situation which most developing countries, including Nigeria were facing underscored the need to pay greater attention to issues such as financial literacy, consumer protection, sustainability and innovative financial services solutions. He gave instances such as mobile money, agency banking, virtual currency, which must be harnessed and integrated into the nation’s  financial services industry to enhance the role of banking system towards economic growth and development.

The CIBN and NDIC had over the years been collaborating in human capacity building initiatives, including the Chartered Banker/Master in Business Administration (CB/MBA) program at Bangor University, Scotland. The NDIC Academy was also recently accredited by the CIBN as a world class provider of training in banking supervision and deposit insurance for the African Region.