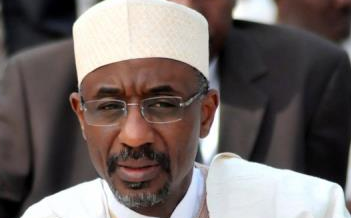 TO protect the naira, the Central Bank of Nigeria (CBN) must fund Bureau De Change (BDC) segment of the foreign exchange .

Former CBN Governor and one-time Emir of Kano Muhammad Sanusi II said this action will bridge the gaps between official and parallel market rates of the naira.

The apex bank in March suspended dollar sales to BDCs. But the policy has not affected dollar transactions in the Investors & Exporters (I&E) forex window.

Sanusi, who spoke  in a live webinar organised by AZA, a cross-border payments platforms and forex trading firm,  on the theme: United States of Naira: What Price for Unification?, said there has been huge gaps between the official rate, the Nigerian Autonomous Foreign Exchange Rate Fixing (NAFEX) and the BDC rates since 2016.

He said: “I think what the bank is trying to do is bridge that gap and I think moves have been made in general in July that have brought the CBN rate and the NAFEX rates closer. But, the BDC rates remain an outlier. It is a small percentage of the market, but it does have an impact on speculation, which is why it is important to fund that market.”

According to him, the huge gap between NAFEX and BDC is a reflection of funding being taken out of the market because of shortage of foreign exchange.

“And once the Central Bank has enough money and funds that market, it will probably converge. So, I would not be interested in moving the rates towards N470, for example, but I would like to see a convergence of CBN and NAFEX, which will take care of over 90 per cent of the transactions in the market and there is some small funding for BDC rate to bring it back to that level,” he said.

According to him, the CBN had always been guided in the definition of unification by the International Monetary Fund (IMF) position, which is that a multiple currency environment is one where the difference between the rates exceeds five per cent. He said the apex bank had always tried to keep the gap between the official rate, the Automated Teller Machine (ATM) bank rate and even BDC rates to within that range, usually about three per cent.

“It is what the IMF and the World Bank have asked for. It makes for positive transparency; it makes for clarity of direction; it also reduces the speculative demand for naira. For me, this is the Central Bank finally saying, basically, we will do what the market has been asking for,” he added.

West Africa Banks Analyst at Tellimer, Nkemdilim Nwadialor, said Nigeria seemed to be facing liquidity gap in the forex market and that has undeniably contributed to how far all the markets are shrinking.

She said: “I believe that unification is long overdue; it is much needed. It is a no brainer at this point. But what I would like to point out is that CBN has not yet released any framework or overview around how it plans to unify. “We still do not have a concrete basis for understanding what is happening to bring about unification. There is a lot of talk and there is a lot of possibility that unification will come through. However, in terms of actionable steps, plans or policy layout, we have not seen that from the CBN and so we ca not speak very confidently on where we think post-unification rates should be.”

Sanusi said that he has a lot of sympathy for the apex bank at this moment. He added:  “There are lots of the shocks the bank has no control over. It would be a brave governor of the bank who would announce a target rate when he does not know how much is going to come in or what is going to happen to the oil price tomorrow or the day after, and the entire world is going through shocks.

“I think it is extremely important that we recognise that the only clarity that the Central Bank can give at the moment is to say we do plan to converge, and that means the official rate is going to be devalued, but we are not going to do it in a rapid and disorderly manner.”

“But, if they want to preserve the value of their currency, there is some virtue in waiting for an orderly unwinding of these backlogs because we must remember that when Covid-19 hit and after the Russia-Saudi fiasco, oil prices went down to $10 a barrel.

“So, you can either take a huge hit today and buy dollars for N500, N600, or wait a few weeks for oil prices to stabilise and have the Central Bank give you your money at a relatively good rate.

“I think what the governor is trying to do is accept the reality that the value of the naira today may probably be overvalued somewhat and we need to go through some really effective exchange rate devaluation but also do that in a gradual manner so as to minimize a shock to the economy.”

CEO, Renaissance Capital Nigeria, Temi Popoola, said Nigeria is going into a regime where there is unification around particular rates but there is no liquidity.

He said: “The reality is that multiple rates do have their place in monetary policy management. They are useful when you have massive shocks to smooth out volatility, and to help the broader economy.

“It is a way of just dispersing what would be short-term pain down the line.  If you look globally today, there are very few economies, if any, that are developed and are functioning properly where you have multiple forex rates given everything around corruption to lack of transparency and, in my view, the biggest determiner is just the destruction that it tends to cause.”