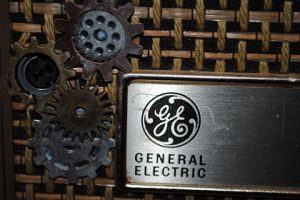 GE revealed its intention to partner with NNPC on the rehabilitation of the refineries during a presentation to Maikanti Baru, NNPC’s general managing director, and his team on Jan. 21 in Abjua, NNPC said.

The initiative—which also would involve some engagement from GE affiliates that include its consortium of engineering, procurement, and construction partners, off-takers, traders, and some financiers—follows GE’s previous participation in NNPC’s 2016 tenders seeking investors to help revitalize the domestic refining sector, NNPC said.

While GE subsequently withdrew its involvement in those tenders, GE told NNPC during the presentation that it remains committed to helping improve Nigerian refining capacity before yearend.

Alongside partnering in the refinery rehabilitation program, GE and NNPC also are currently exploring the scope of GE’s participation in several major Nigerian power projects that could add a combined capacity of about 4.4 Gw to the national power grid.

While NNPC confirmed GE’s offer investment offer would greatly improve collaboration between the companies and result in rapid initiation of the proposed power projects, the Nigerian firm did not disclose specific details regarding the scope of project financing included with the package.

GE’s proposed participation in the revamp of Nigeria’s state-owned refineries follows Eni SPA of Italy’s announcement that it has committed to working with NNPC on modernization of PHRC’s refining complex, and joins a series of recent initiatives by NNPC to aggressively advance its refinery rehabilitation-and-expansion program in order to meet the country’s domestic demand for fuels and curb its reliance on foreign imports.

Experts Gather At Mombasa For Ports Development In Africa