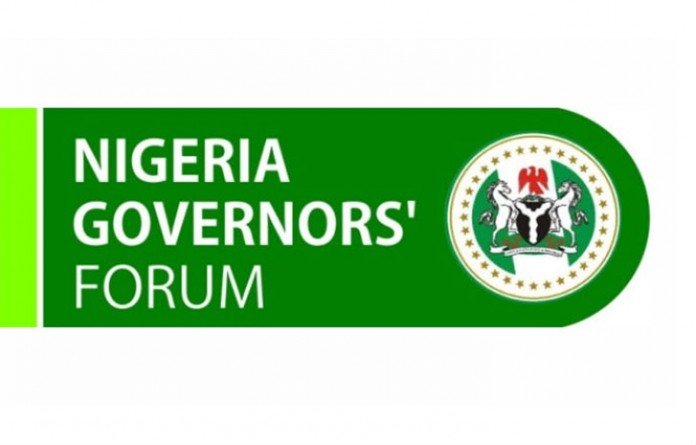 The Nigeria Governors’ Forum (NGF) yesterday denied allegations that states hoarded palliatives, which were looted in the wake of the #EndSARS protests.

It said the looted food items in warehouses across the country were reserved for a second wave of the COVID-19 pandemic as well as the vulnerable.

Notwithstanding the strategic plan of the governors, the Kwara State helmsman, Mr. AbdulRahman AbdulRazaq, said the relief materials were already being distributed in the state when the hoodlums attacked its distribution point at the Ilorin Airport.

But a human rights activist and Senior Advocate of Nigeria (SAN), Mr. Femi Falana, has urged the governors to emulate the Sokoto State Governor, Hon. Aminu Tambuwal, by distributing the remaining palliatives in their states without further delay.

In a statement yesterday by the Head of Media of the NGF, Mr. Abdulrazak Barkindo, the governors stated that some of the property stolen and vandalised include palliatives set aside for vulnerable members of society.

The NGF said since the #EndSARS demonstrations started, they had held meetings to address the underlying concerns, adding that its members had aligned themselves with the call for justice, leading to the setting up of judicial panels of enquiry in the states to probe police brutality.

According to the statement, the governors regretted the loss of lives and property occasioned by the violent protests that erupted and called for calm.

They said information circulating in the social media needed to be fact-checked and pleaded with members of the public to desist from spreading rumours, which could further create panic and stampede.

It said: “For example, some of the property stolen and vandalised include palliatives set aside for vulnerable members of society.

“The NGF re-emphasises and corrects the impression that palliatives found in warehouses that were broken into in Lagos and some other states were kept in storage for members of the society, especially our vulnerable citizens.

“The erroneous impression in the public domain that these palliatives were hoarded is not just inaccurate, entirely erroneous and untrue but also mischievous, to say the least.”

It said for the avoidance of doubt, some of the palliatives had the CACOVID stamp embossed on them, meaning that their source was unambiguous.

It explained that CACOVID operations were mainly domiciled in Lagos, being the headquarters of most of the public-spirited organisations, corporate bodies and individuals that came together to form the Coalition Against COVID-19 (CACOVID).

“Until mid-October, when the NGF had its last meeting, up to 10 states had not participated in the flag-off ceremonies for the distribution of palliatives in their states. This was because the items meant for distribution in these states had not been completely received from CACOVID,” the NGF said.

It stated that as of a couple of weeks ago, some states were still receiving palliatives from the federal government through the Federal Ministry of Humanitarian Affairs, Disaster Management and Social Development.

The governors refuted allegations that the palliatives had been hoarded, and assured all contributors that prior to the looting of the warehouses, the states had kept full accounts of all the items received and distributed.

The governors assured Nigerians that they were doing everything possible to ameliorate the sufferings of the people.

“The Nigeria Governors’ Forum stands for justice, improved governance and a progressive Nigeria,” it said.

Materials Being Distributed in Kwara before Looting, Says AbdulRazaq

In Kwara State, Governor AbdulRazaq clarified yesterday that the relief materials were already being distributed before the hoodlums struck.
He had inaugurated the official distribution of the palliatives on August 11, 2020, following the handover of the goods by CACOVID.

Speaking on a live programme on Midland FM in Ilorin, CACOVID representative in Kwara State, Mr. Taoheed Fasasi, said: “In terms of the distribution of the palliatives, it’s been an excellent performance for Kwara State especially in terms of three key things. One, identification of the beneficiaries. We’ve always feared that this could be where there will be a problem because we don’t want it to get to the wrong hands. But they (state government) have been able to come up with lists that come directly from the grassroots. And, with this, we know how many families that were given. We have recordings of how many families were given.

“We were in Jebba (Moro, Kwara North), for instance, and it was not just about distribution, we saw the families. We know where they are and what they do, what do they need and things like that. The distribution is not like an orphan. It was more or less like CACOVID handing over to the beneficiaries.

The assistance from the (state) committee has been wonderful.”

Fasasi said the monitoring and evaluation team of CACOVID was on the field to ensure that the palliatives got to the right persons across the state, asserting that its reports do not support the claims that the government hoarded the palliatives.

“It is not just about handing over to the state but ensuring that it gets to where it is supposed to get to. We always have a monitoring team. Apart from being a member, I have a monitoring team that’s also checking me at every point in time. It is CACOVID’s way of doing things. As the state committee was getting it out, we were interacting with the beneficiaries. We have videos. We went there based on those identified,” he added.

Architect Kale Belgore, Counsellor to Kwara State Governor and State Government Focal Person on the palliatives, explained that beneficiaries across least 15 of the 16 local governments have collected as at Friday, October 23rd when the hoodlums attacked the Cargo Terminal where the palliatives were warehoused.

He added: “We were loading the one for Offa (the 16th and last local government to get theirs) on Friday when the hoodlums attacked the place. In fact, some trucks containing palliatives had left for Offa. So, the hoodlums vandalised the trucks and made away with the remaining palliatives for Offa and what was to be distributed for some umbrella bodies of some physically challenged people, the blind colony, orphanages, and correctional centres, among others.”