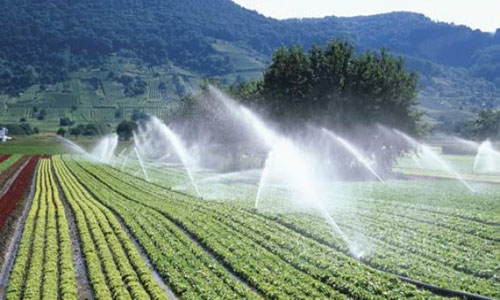 The Minister of Water Resources, Mr Suleiman Adamu, has called on farmers and Water Users Associations (WUA) to take ownership of public irrigation systems in the country.

Adamu said this at the opening of a two-day workshop on Institutional Strengthening and Management of Public Irrigation Schemes in Keffi yesterday.

He said this would enable sustainable development for food security and poverty reduction.

According to the minister, it is important for all stakeholders to adopt the Participatory Irrigation Management (PIM) model, which has been known to be the solution to challenge of increasing irrigated agriculture.

Adamu, represented by Mr Tauheed Amusan from the ministry, noted that the Agricultural Policy Thrust of the present administration saw irrigation and drainage as a catalyst for change in attaining food security and employment creation.

He said with the Participatory Irrigation Management (PIM ) concept, farmers and water users would take ownership of the schemes and maximise the returns.

Adamu said the administration saw the need to improve food production and sufficiency, hence the formulation of a National Roadmap toward increasing the country’s irrigated agriculture landmass, which stood between 150,000 and 170,000 hectares.

According to him, the National Irrigation and Drainage Policy, approved in 2016 also called the roadmap and action plan, was in three phases to achieve no fewer than 500, 000 irrigated landmass by 2030.

He said the roadmap was being implemented through the river basins and implementing agencies such as the World Bank in its Transforming Irrigation Management in Nigeria (TRIMING) project.

Adamu expressed optimism that with a functional irrigated agriculture, the challenge of feeding increasing population from rural-urban migration would be addressed.

Earlier, the Director, Irrigation and Drainage with the Ministry, Dr Elijah Aderibigbe, noted that PIM model allows for involvement of all stakeholders from project identification stage to implementation stage to promote sustainability.

According to him, there is the need to develop legal framework in PIM to enable all stakeholders know their rights, roles and responsibilities in the management of the scheme.

Aderibigbe said there was the need to reverse the trend of superiority of government workers over farmers and water users, adding that this was the key to successful irrigation schemes.

He said the interest of the farmers must be considered through consultations, frequent interactions among others, adding that this would allow for joint management of the schemes.

“For a functional irrigation system, the needs assessment of all interest groups must be identified from beginning stage, not just at the implementation stage alone,‘’ he said.

Earlier, an Irrigation and Drainage Expert, Mr Inuwa Musa, called for the speedy passage of the National Water Resources Bill into law, adding that this would help to put into rest continued controversy around ownership of water resources in the country.

According to him, the issue of financial autonomy for River Basin authorities could not be over emphasised as this will help in promoting inclusion and sustainability.

With only 15,000 extension workers to serve a farming population of 70 million, the Minister…