The Guaranty Trust Bank (GTBank) Plc Directors are about to meet today to consider and approve the audited financial statement and accounts of the bank for the year ended December 31, 2019. 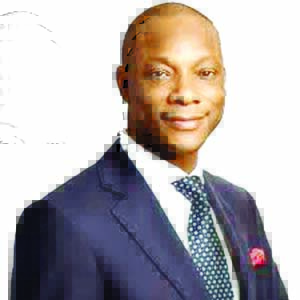 According to the statement, the meeting will among others consider final dividend recommendation to be made to shareholders after the leading bank had distributed interim dividend per share of 30 kobo based on its six-month half-year results.

It further learnt that, the directors are expected to review the final audited financial statements for the 12-month period against the background of the audited half-year report and third and fourth quarters’ interim results.

If the said audited report and financial statements are approved by today, it will then be sent to the Central Bank of Nigeria (CBN) for the clearance before release to the investing public at the Nigerian Stock Exchange (NSE).

GTBank, which had maintained a consistent track record of twice-a-year dividend payment, is widely expected to pay a final dividend not less than N2.45 per share paid for the 2019 business year. GTB’s share price rose by 50 kobo to open yesterday at N34 per share.

Total assets and shareholders’ funds stood at N3.52 trillion and N636.8 billion respectively, implying that the bank might not be under immediate need of extraordinary capital retention.

In a statement, GTBank Managing Director, Mr. Segun Agbaje had raised optimism that bank would maintain steady growth pointing out that the bank’s business strategy is to deliver sustainable long-term value for its shareholders.

If all be equal in the process by the board meeting, then the first audited results meeting by any bank, may bring GTBank into the early filer ranking of the NSE for the 2019 financial year.

The NSE ranks early filer high and showcases them as companies with high corporate governance practices.

Extant listing rules at the NSE require quoted companies to submit their annual audited account to the Exchange not later than 90 calendar days after the relevant year end, and published same in at least two national dailies not later than 21 calendar days before the date of the annual general meeting.

They are also required to post same on their websites with the web address disclosed in the newspaper publications.

Most quoted companies including all banks, major manufacturers, insurers, oil and gas companies, breweries and cement companies use the 12-month Gregorian calendar year as their business year.  The deadline for the submission of yearly report for the year ended December 31, 2019 is thus Monday March 30, 2020.