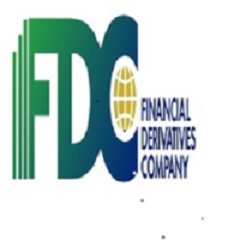 According to Financial Derivatives Company Ltd (FDC)’s Economic Bulletin sent to amehnews today said “In our estimates, month-on-month inflation is expected to taper significantly to 1.37% (17.74% annualized)
from 1.6% (20.98% annualized) in June. This reduction in the monthly inflation is a manifestation of further
exchange rate appreciation as the naira has been relatively stable in the forex market. PMI, a proxy for
manufacturing activity, improved further to 54.1 in July, signaling an expansion in manufacturing activities
though supply-side constraints persist. Manufacturers are building up inventory levels on the perceived
idea that the economy is improving. Unfortunately this is occurring in an environment with naira
illiquidity, large carrying costs and dwindling disposable income. The rains and flood in July disrupted
movement and reduced traffic to supermarkets. Power supply dropped below 3000mW/hr in July. 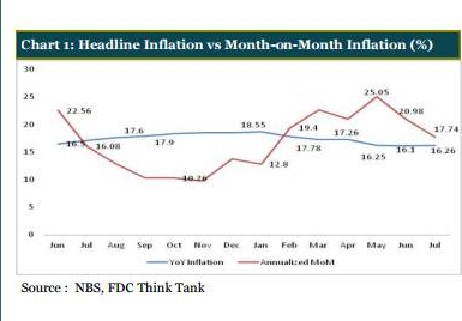 “There was a general moderation in food prices even though there were a few outliers such as beans and
rice. The decline in power supply from the grid during the period resulted in higher electricity costs, while
the price of diesel, which is generally used to power generators and trucks increased by 6.25% to N170 per
litre.

Outlook
Consumer prices are to be directly affected by the beginning of the harvest season. Competitive pressures
amongst manufacturers and retailers have intensified and are anticipated to fuel further price decline of
some manufactured goods.
There are some other factors that have an impact on prices, which include the trend of increased capital
importation by foreign investors. These investors are buying naira denominated assets and their foreign
exchange is helping further injections by the CBN. However, the country is prone to a stock market and
forex market shock as many analysts believe that gains in both markets are bubbles.
In the event that these two outcomes materialize, the economy might stumble and consumer prices are
likely to shoot up on output constraints.
Consequences
If the inflation numbers change direction as anticipated, the hawks at the MPC will again be emboldened to
maintain the current stance. We are thus likely to see the status quo maintained.