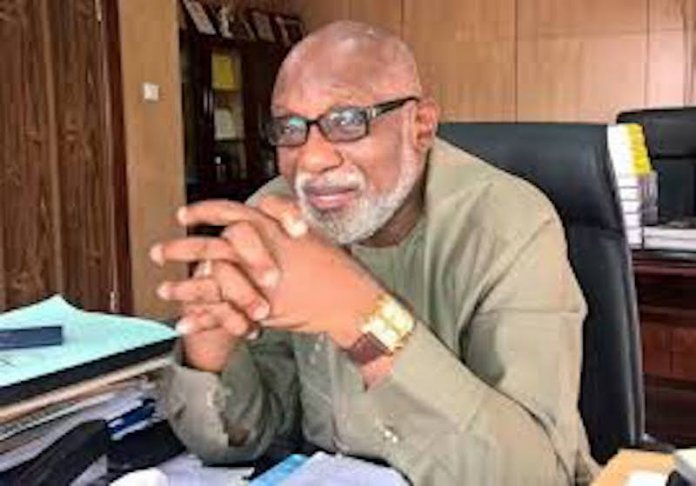 Herdsmen will not be allowed to operate in Ondo State’s forest reserves without permission, the state government insisted yesterday.

The insistence came against the backdrop of Tuesday’s caution by the presidency against the seven-day ultimatum the state Governor, Mr. Rotimi Akeredolu (SAN), gave to herders to quit the forest reserves.

The presidency’s intervention stoked the controversy over the quit order as the pan Yoruba socio-political organisation, Afenifere and the Pan Niger Delta Forum (PANDEF), which supported the governor, clashed with the Arewa Consultative Forum (ACF) and the Northern Elders Forum (NEF) that opposed the decision.

Some senior lawyers have also endorsed the constitutionality of Akeredolu’s decision.

In a statement in Akure yesterday, the state government, in a tacit repudiation of the presidency’s intervention, said no herdsman will graze on the forest reserves in the state without permission.

The state Commissioner for Agricultural and Rural Development, Mr. Adegboyega Adefarati, said in the statement that over 50,000 farmers have been registered to engage in various agricultural activities in the state’s forest reserves and no herder will be permitted to graze without going through the same process.

It said: “We have registered over fifty (50,000) thousands of farmers who engage in different forms of agricultural activities in Ondo State Government Forest Reserves. With this, we regulate their activities and reduce criminality as we interface daily with farmers.

“Love it or leave it; farming is farming, be it crop production or animal husbandry. If any Nigerian irrespective of his/her state of origin desires land for farming in Government Forest Reserves, he/she must apply to Ondo State Ministry of Agriculture and pay the normal fee for the required hectares of land.

“It is illegal for herdsmen to encroach on the Ondo State Government Forest Reserves without permission and graze on the farms, many of which will be destroyed.”

However, the various groups disagreed on the reaction of the presidency to the governor’s decision for the herdsmen to quit the forest reserves.

While NEF and ACF called on Akeredolu to rescind the seven-day ultimatum to herdsmen to vacate the forest, PANDEF and Afenifere condemned the reaction of the presidency on the issue.

Reacting to the quit notice in separate statements issued yesterday in Kaduna, ACF and NEF asked the governor to follow the provisions of the constitution in handling the issue, adding that the constitution guarantees freedom of movement of all Nigerians.

NEF, in its statement, described the governor’s action as provocative and unhelpful in the quest to address the security challenges.

A statement signed by NEF’s Director, Publicity and Advocacy, Dr. Hakeem Baba-Ahmed, said if there are criminal elements among the Fulani in Ondo State, appropriate steps should be taken to identify them and deal with them.

NEF stated that the Fulani are not above the laws and must obey all laws and regulations as well as respect the communities in which they live.

The forum noted that Akeredolu as a senior lawyer should know that the constitution does not give him the power to deny any Nigerian the right to live where he chooses, if he does not break the law in the process.

“We call on Governor Akeredolu to rescind his order on the Fulani or clarify his position in the event that he is misunderstood.

“He has a responsibility to protect the rights of all people in Ondo State, including the Fulani, and he will be well advised to engage them towards improving security in the state instead of treating all of them as criminals without rights or protection under the constitution,” it added.

In its reaction, spokesman of the ACF, Mr. Emmanuel Yawe, urged the governor to follow the provision of the constitution in addressing the issue.

According to him, the constitution guarantees all Nigerians the right to live within the country, stressing that if any Fulani in Ondo State has committed a crime, he should be fished out and prosecuted according to the law.

The ACF said every offence has its own punishment “and our forum has not seen a law, which says a Nigerian should be denied the freedom to settle anywhere and pursue legitimate business according to the law.”

But PANDEF called on President Muhammadu Buhari to call his media aide, Malam Garba Shehu, to order over his comments on the one-week ultimatum given to herdsmen.

PANDEF spokesman, Mr. Ken Robinson, in a statement yesterday, also asked other governors, especially in the South-west to speak out on the matter.

“The callous and barbaric deeds being perpetrated by supposed herdsmen, should not be allowed to continue, anywhere in Nigeria,” it said.

PANDEF described as irresponsible and unfortunate the statement credited to the presidency, saying Shehu has now become the mouthpiece of herdsmen.

Also reacting, Afenifere advised the five other governors in the South-west to emulate Akeredolu and flush out herdsmen from their respective states.

National Publicity Secretary of Afenifere, Mr. Yinka Odumakin, in a statement yesterday, stressed the need for all Yoruba to stand by Akeredolu and other South-west governors in their bid to rid the zone of the excesses of the herdsmen.

“All true-born Yoruba should stand behind Governor Akeredolu in these trying times. He must do all within the law to flush Ondo forests of all criminals. Other governors should emulate their chair and free our land from the Fulani who have surrounded us with the shield of the federal government,” he stated.