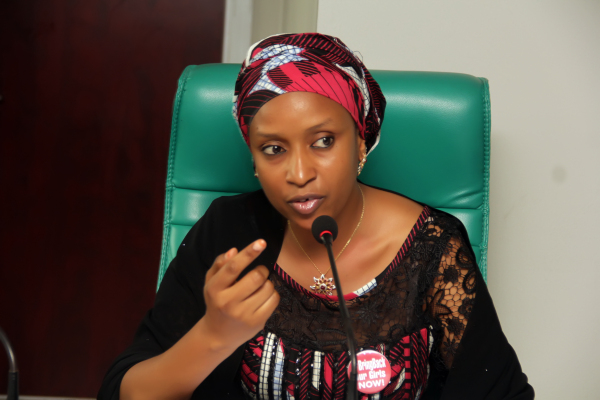 The dredging, according to the Managing Director, Nigerian Ports Authority, Hadiza Bala-Usman, is necessary to open the channel up and ease navigation for merchant vessels especially those in the oil and gas trade.

She had said in November last year that it would be completed in January this year.

Our correspondent gathered on Wednesday, that the dredging had been completed.

The General Manager, Corporate and Strategic Communications of NPA, Adams Jatto, was reported to have said that the work had been completed and vessels had started calling at the port.

Also, a Warri- based Customs broker and former National Financial Secretary, the Association of Nigeria Licensed Customs Agents, Val Orhobabhor, said he equally gathered that the dredging project had been completed.

He said ships belonging to Julius Berger were already calling at the port, adding that it was expected that the port would be very busy soon, especially with the concessioning of the old Warri port.

The Escravos terminal is operated by Chevron.  It is from here that Nigeria’s crude oil, Escravos Light is loaded. The terminal was designed to accommodate Very Large Crude Carrier vessels that have capacity to ferry 950,000 barrels of crude.

Escravos is also the entrance to another channel, Forcados, where Nigeria’s crude oil, Forcados Blend is loaded from.

Escravos is very important to seaports in the towns of Warri, Sapele, Koko and Burutu because these ports serve as logistics’ base for the export of  the Escravos Gas-To-Liquid  facilities that are set to convert more than 325 million cubic feet of natural gas per day to gas-to-liquid  diesel and GTL-naphtha.

But the channel has not been dredged for decades resulting in a damaged breakwater and silt at the entrance.

Fear of grounding had made heavy tonnage merchant ships to abandon the channel.  This had thrown the ports of Warri, Koko and Sapele that are served by the channel into dormancy.

When fully rehabilitated, the ports around Delta, maritime watchers, noted, would provide about 80 per cent solution to the congestion and gridlock around Lagos ports, because they provide the shortest routes for cargo haulage to catchment states of Anambra, Imo, Enugu, Delta, Edo, Kogi, Ondo, and Benue.

Escravos Bar and its obstacles

The Escravos Bar had also presented challenges to successful and effective dredging.

First, the channel was reportedly last dredged in 1997, hence the silt and the damaged breakwater.

Our correspondent gathered from a reliable source close to the engineers that they had dredged to remove the silt that built up at the seven kilometer entrance to the channel.

Silt is fine sand, clay, or other material carried by running water and deposited as sediment, especially in a channel or harbour.

With the dredging now completed, the next task would be the rehabilitation of the  breakwater .

Breakwater is a barrier built out into the sea to protect a coast or harbour from the force of waves.

Further dredging would have been possible with the repair of the breakwater, but there is another challenge that has to do with buried Nigerian National Petroleum Corporation’s pipeline, about six meters  under the sea.

The Authority had said the channel dredging could not go deeper than 7.5m due to the buried pipeline.

Reports had quoted the corporation as saying that it would take a minimum of one year to relocate the pipeline.

Our correspondent learnt that without this impediment, the channel could be dredged to as deep as 10 or 11 meters.

In September, shortly after the award of the Escravos dredging contract to Dredging International Services Nigeria Ltd,  NPA was confronted with allegations of wrongdoing by the Legal Counsel to a rival dredging firm, Dredging Atlantic Limited, Mr Liborous Oshoma,  who accused the Authority of shortchanging DAL in the award of the contract.

Oshoma also raised issues around the integrity of the contractor, DISN, a subsidiary of Dredging International Limited (Cyprus), a company that was convicted of bribing NPA officials to facilitate payment of invoices on services it rendered to the Authority.

In her response, Bala-Usman stated that the process for the Escravos dredging was properly monitored and observed to be flawless by the Bureau of Public Procurement.

She pointed out that the convicted firm and DISN were two separate legal entities and did not share the same directors.

Bala-Usman said DAL was not in the right standing to bid for government contract because it already owed the Federal Government for an earlier contract that was awarded to it that it failed to execute.

She said, “We should all not forget that the company making all these allegations against the company that won the Warri port dredging is the same company that we cancelled its contract at Calabar ports, over findings that work claimed to have been done were not done.

“This company is currently being asked to refund $12m paid to them back to the Federal Government, and the case is in court,” she told journalists in Lagos.

Stakeholders were concerned that the incident would stall the dredging of the Escravos channel.

The Economic and Financial Crimes Commission that was brought into the matter later conducted an investigation and submitted its report, absolving the NPA of wrongdoing in the award of the contract.

Initial concerns were raised concerning the smooth execution of the job, especially considering the notoriety of the Niger Delta region for youth restiveness, community interference and overbearing presence of traditional rulers.

But during various stakeholders’ engagement with the government, the people of the region had welcomed the efforts to revive the ports in the Delta, pledging with one voice to give full cooperation to the project.

President of the Ijaw Youth Council, Eric Omare, was quoted as saying that although the Ilaje people had complained about not being carried along in the engagement, they had been given the assurance that the issue of engagement was secondary and that the important thing was for the channel to be dredged so that the port could be functional.

To address concerns about frequent piracy attacks along the Niger Delta waterways  the youths of Ijaw and Itsekiri ethnic nationalities under the aegis of Ijaw Youth Council and Itsekiri National Youth Council, were said to have  signed a peace accord to ensure safety and also support the smooth execution of the dredging project.

The two ethnic groups and their Urhobo neighbours also agreed to live peacefully towards the revival of the moribund Warri Port.

The Olu of Warri, Ogiamen Ikenwoli II, pledged full support and assistance to ensure the success of the project.

During a courtesy visit to his palace by the NPA MD in June last year, the royal father expressed gratitude to the Federal Government for approving the dredging of the channel, saying that it would open the area up to commercial activities and employment creation among the teeming youth.

“I want to hear that ocean liners are coming to Warri to berth. If this happens, everybody here and beyond will calm down, restiveness will cease because people will be gainfully employed. People are restive because they are idle,” he said.