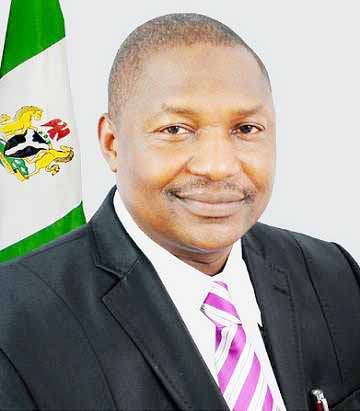 A High Court in London headed by Justice Andrew Burrows has granted Nigeria’s plea to allow it proceed with the trial of  JPMorgan Chase.
The bank is alleged to have enabled the misappropriation of state funds totalling $875 million over the Oil Prospecting License, OPL 245.
Mr Salihu Isah, Special Adviser on Media and Publicity to the Attorney-General of the Federation and Minister of Justice, Abubakar Malami, (SAN) revealed this in Abuja on Friday in a press statement.
Isah disclosed that JPMorgan Chase, a US bank had failed to halt the prosecution brought against it by the Federal Government.
He said Justice Burrows in a 26-page verdict on Thursday stated that Nigeria had “reasonable grounds” for bringing a claim to the commercial division of the High Court, meaning it could now proceed to trial.“The judge averred that, the bank, which is the defendant, failed to establish that the claimant(FG) had no real prospect of success.
” He said the bank ought to suspect the payments were fraudulent and therefore had a duty to protect the Federal Republic of Nigeria until its concerns were cleared up.
“That duty of care entails that the bank could not simply follow the mandate of abiding by the instructions given by the claimant because the bank’s duty of care, as its core, was to protect the claimant against being defrauded by not paying out unless and until it was ‘off inquiry”, the Judge insisted.
Isah also said that at a hearing this month, JPMorgan Chase had argued that the case should be dismissed as it had received sufficient approvals from Nigerian authorities.

This, he said was before allowing the transfer of funds from a government account to those controlled by former Minister of Petroleum Resources, Mr Dan Etete.
“The payments, after a 2011 settlement, aimed to end several years of battle over the ownership of a lucrative but controversial oil license that has ensnared Royal Dutch Shell and Eni in corruption investigations in Milan, Italy.
“The license for the c block was shuffled back and forth between Shell and Malabu Oil & Gas, a Nigerian oil company controlled by  Etete and which was first awarded development rights in 1998 when he was also in charge of petroleum resources.”
Isah further revealed that Nigeria had filed a separate $1.1 billion legal claim against Shell and Eni to recover sums lost to corruption and the unlawful activity of the two energy majors.
On its part, Shell and Eni have said their deal with the Federal Government was legal and that the payment was made to the government  and they had no part to play in what happened to the money afterwards.