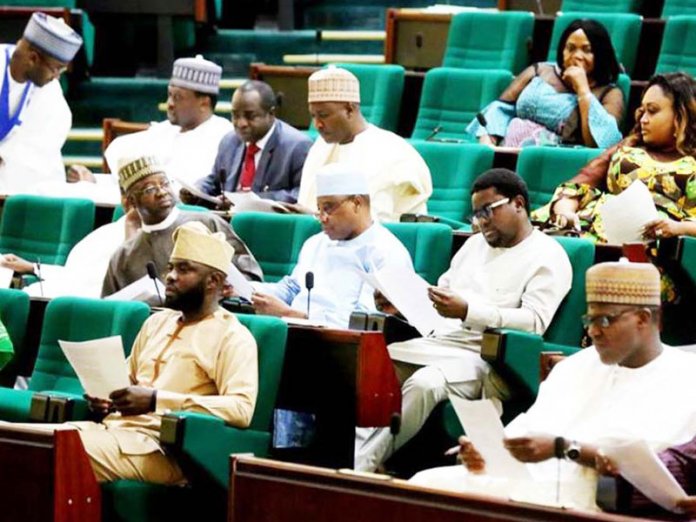 The House of Representatives at the plenary yesterday resolved to summon the National Security Adviser (NSA), Major General Babagana Monguno (rtd); Chief of Defence Staff, Gen. Gabriel Olonisakin; Director, Department of State Services (DSS), Mr. Yusuf Bichi and Inspector General of Police, Mr. Mohammed Adamu to brief the House on the efforts being made to bring an end to killings, kidnapping and armed banditry in the country.

It resolved that the Service Chiefs should address the House during its sitting next week.

It also directed the leadership of the House to continue the engagement with all the security agencies on a monthly basis on the progress being made until normalcy is restored.

These resolutions followed the adoption of a motion, titled, ‘Need for the relevant security agencies to bring to an end the spate of oblivious kidnappings, killings, and armed banditry across the country’, sponsored by Hon. Sada Soli.

Presenting the motion, Soli noted that in recent time, security situation in some parts of the country has degenerated.

He said that cases of kidnapping, killings and armed banditry have become a daily occurrence across the country, especially in Niger, Sokoto, Zamfara Kaduna and Katsina states.

He also said the Presidential directives have not helped to drastically reduce cases of kidnapping, killings and banditry in the country due to lack of sustained tempo in the intervention,.

The lawmaker lamented that the criminals have continued to regroup in different camps in the Government Reserve Forests and surrounding villages across the country.

He said: ‘’The magnitude of the attacks on various communities has reached an alarming rate as these criminals have continued to perpetuate their criminal acts unabated.

“Concerned that any deferment by the security agencies to abridge the continuous horror and inhumanity will result to an enormous loss of lives, destruction of properties and immobilize the Socio-Economic and Educational activities of various communities.’

‘’Aware that the country is battling to contain the dangerous community infection rate of COVID-19, added with the persistent attacks by criminals on farming communities across the country especially in the North-West and North Central, this may result to serious food shortage. Also aware that about 500 primary schools and 2,000 communities were completely destroyed across the country as a result of these incessant kidnappings, killings and Armed banditry attacks.’’

He expressed worries that these criminals are armed to the teeth with weapons supplied by gun runners living in cities across the country, adding that if this criminality is not urgently addressed there will be an imminent present danger to the food security in the country.