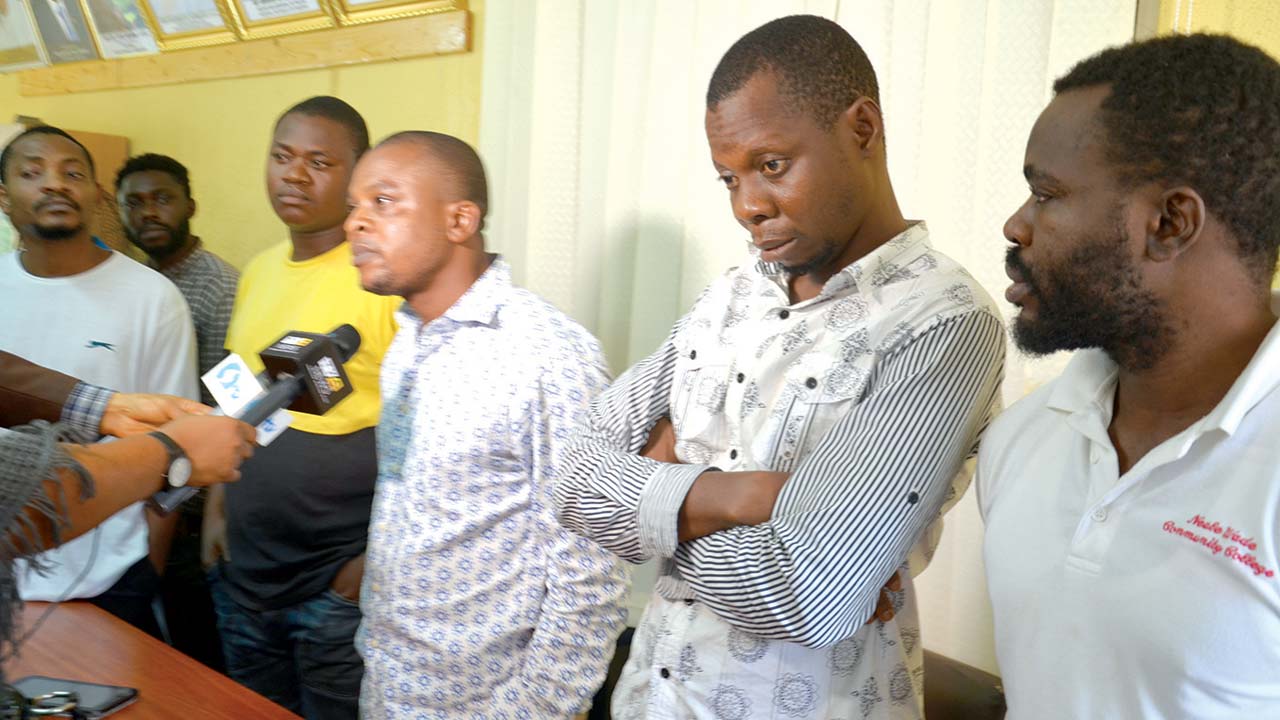 Chukwunonso Ifeanyi, 30, and Okpetu John, 29, who both confirmed they were MTN employees, were paraded alongside the bankers, Oyelade Shola, 32; Osuolale Hammid, 40; and Akeem Adesina, 33 by the spokesman for the SFU, ASP Lawal Audu.

The suspects were arrested in Lagos, Oyo and Kwara states with several Automated Teller Machine (ATM) cards belonging to unsuspecting Nigerians, whose accounts were used to divert money belonging to those they defrauded, recovered from them.

According to the police, the suspects belonged to a syndicate that specialized in defrauding bank customers, who do not do Internet banking.

Guardian gathered that while the bankers supplied the details of customers with funded accounts to the gang, the MTN workers ensured that the victims’ mobile numbers, as well as those of people they had their ATMs were swapped for the duration of the crime.

According to Audu, blocking the numbers enabled the syndicate to fleece their victims, diverting the money into accounts they had ATM cards/pin, thereby preventing computer-generated text messages of transaction from being delivered to account owners.

He said: “The suspects transferred the money siphoned into about 40 other accounts with ATM in different banks. They usually carry out their operations at weekends and public holidays to avoid being detected by the bank monitoring mechanisms or the owners of targeted funded accounts.

“The effort of the police team eventually paid off when the same group was holding their final meeting at Domino Pizza eatery along Bode Thomas Street, Surulere, on the plan to unleash another monumental fraud on unsuspecting customers.

“Their plan was to defraud some bank customers between May 26 and 29. Detectives stormed the venue during which one of the major kingpin, Alhaji Ismaeel Salami, and four members of the syndicate were arrested.”

Ifeanyi, who said he suspected engineers at MTN headquarters as those behind the fraud, disclosed it was the fourth time it has happened in his branch.

He said: “I have no hand in that fraud. Someone used my access to do it and it was the fourth time it happened within a month. The first time, they used my Manager’s access, within two weeks, it was the Assistant Manager’s. The next person was a colleague before mine was used.

“All the times it happened, we were told to change our passwords, which we did. I suspect the engineers at the headquarters because they are the ones who usually gave us access to the systems.”

However, MTN PR Manager, Funso Aina, told The Guardian when contacted that those paraded at the SFU were not MTN workers. “Rather, they are employees of a distribution partner who runs a Connect Store.”