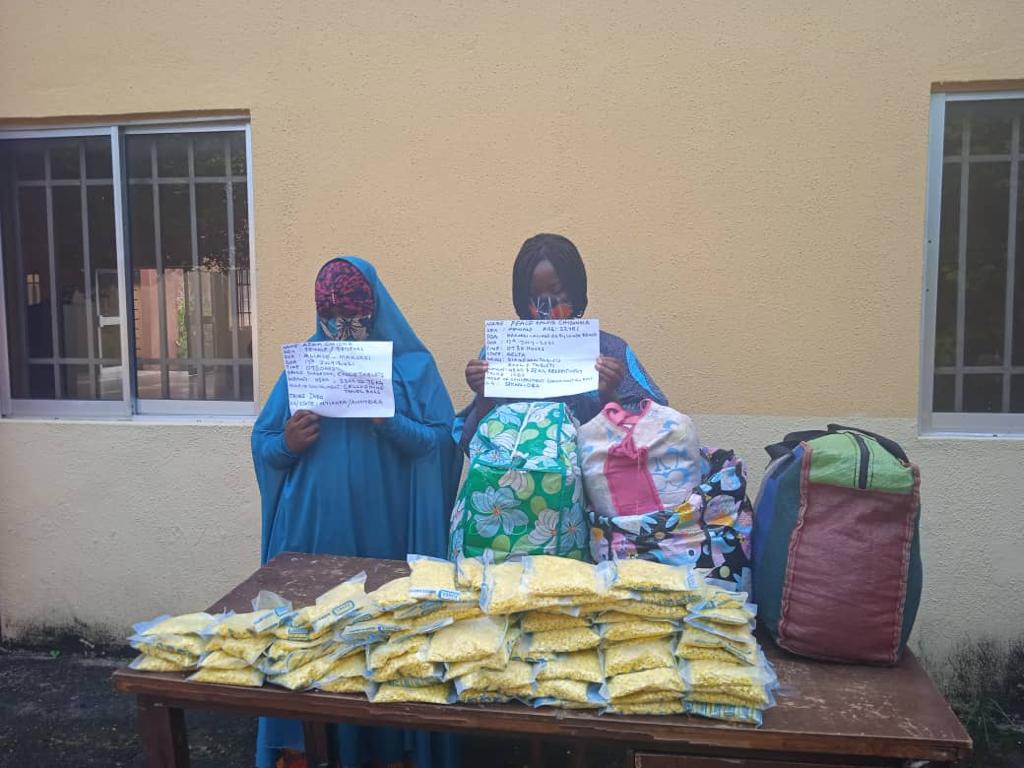 A 36-year-old lady, Chioma Afam, who uses multiple identities and wears hijab to evade security scrutiny has been arrested by operatives of the National Drug Law Enforcement Agency, NDLEA in Benue state along with her partner, Peace Chidinma Caleb, 22, for trying to smuggle a total of 296,000 tablets of Diazepam and Exol-5 from Onitsha, Anambra state to Gombe state

In a statement endorsed and issued by Femi Babafemi, Director, Media & Advocacy
NDLEA  saying Chioma who uses multiple names such as Amina, Uzoamaka and Ifunaya to cover her criminal activities was arrested on Saturday 17th July, 2021, along with the 22-year-old Peace Chidinma Caleb who also wears hijab as a cover for her nefarious activities during routine checks and profiling of inward vehicles into Makurdi, the Benue state capital. Their vehicle coming from Onitsha, Anambra state was intercepted along Makurdi – Alliade road while heading to Gombe State via Makurdi. 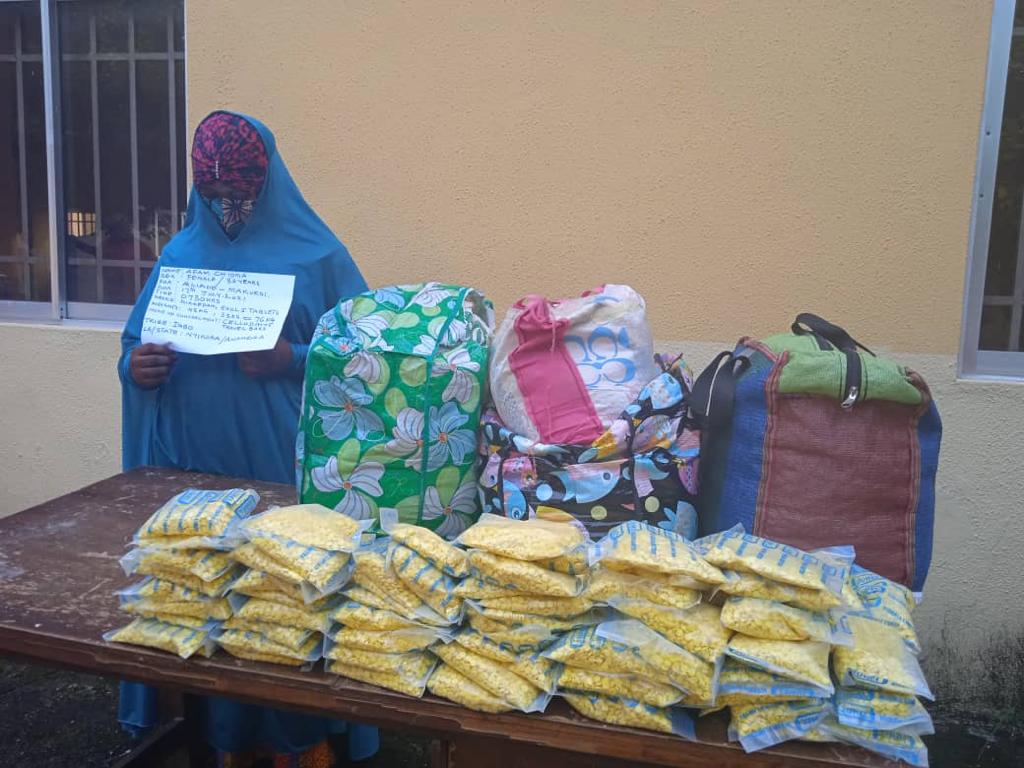 Babafemi further said a search of their vehicle led to the discovery of 43kilograms of Diazepam and 33kg of Exol-5, both weighing 76 kilograms with a total of Two Hundred and Ninety Six Thousand (296,000) tablets packed in four large ‘Ghana must go’ bags.

Curiously,  he noted that the two interstate drug traffickers have rebuffed efforts to take pictures with the exhibits without wearing their hijab. 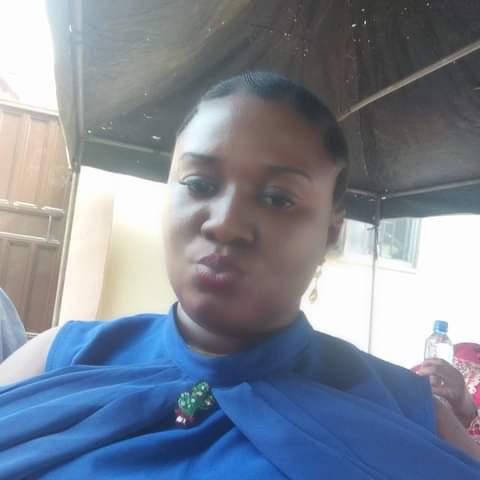 Meanwhile, the Director, Media & Advocacy also disclosed that the Ondo state command of the Agency on Sunday 18th July, 2021 intercepted one Olu Ameh, a commercial motorcycle rider with 465 kilograms of cannabis sativa along Ijagba-Ute road in Ose local government area of the state.

“The illicit substance was said to have been bought from one Joseph in Ago-Akure, Akure North LGA and being conveyed to the buyer, a certain Egbonwon at Ijagba village in Ose LGA. 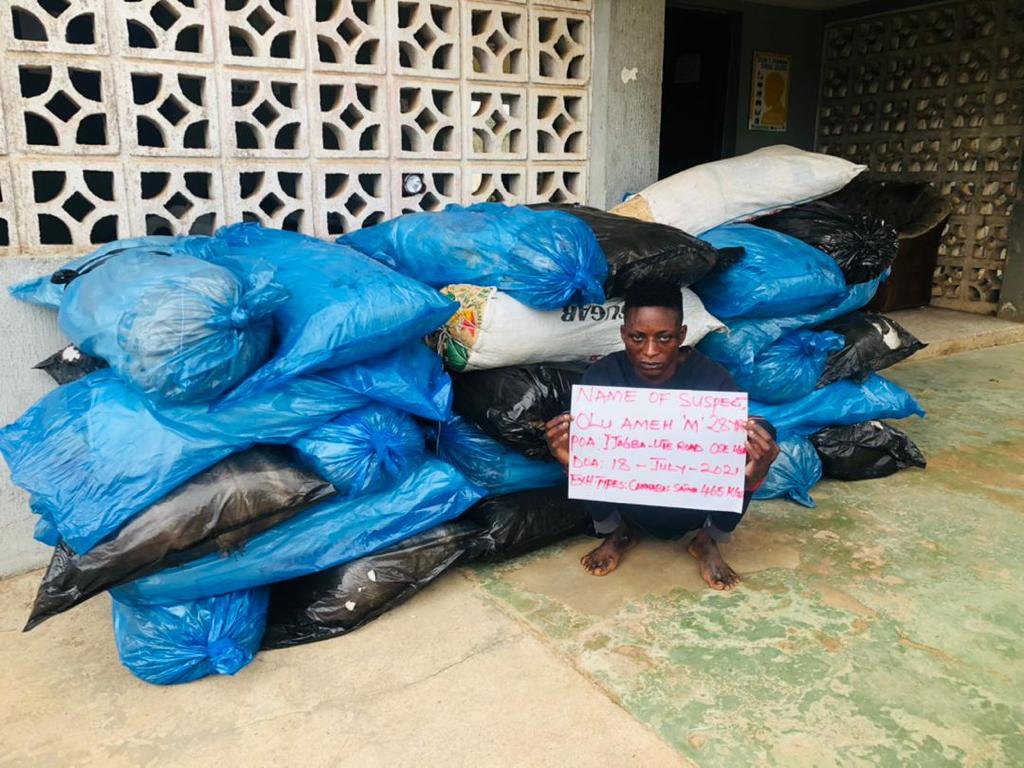 He said reacting to the two seizures and arrests, Chairman/Chief Executive of the NDLEA commended the commanders, officers and men of the Benue and Ondo state

Commands of the Agency for their efforts to ensure that no illicit substance is allowed to pass through their areas of responsibility under whatever guise or cover to destroy the lives of innocent Nigerians in other parts of the country. While wishing them and their colleagues in other Commands across Nigeria a happy sallah celebration, he charged them to remain vigilant at all times.

“For us in NDLEA, a kilogram of illicit drug seized by our gallant and courageous officers across the country is a kilogram less what is available on the streets and in our communities and that is why we’ll continue to encourage all our officers and men to continue to give their best in our pursuit of the mandate President Muhammadu Buhari has given us”, Gen. Marwa stated on Wednesday in Abuja.