The Managing Director (MD) of the National Inland Waterways Authority (NIWA), Senator Olorunibe Mamora and others on Tuesday escaped death on Lagos waterways. 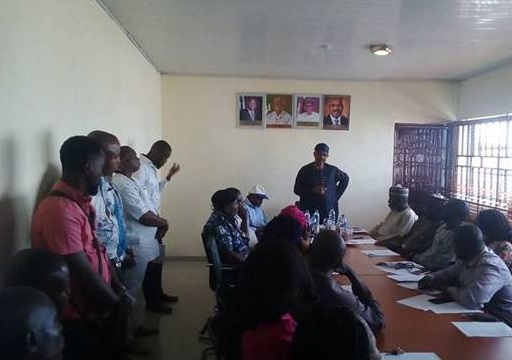 It all started from CMS NIWA Regional Office, Lagos after MD have addressed stakeholders and embarked on the tour of the facilities under the authority in the Lagos area office. The boat (Sea Coast under PPP) was brought for traveling on which hit an abandoned wreck that was hidden under the brown water.

Along with the MD was the Area Manager, Lagos Office of NIWA, Muazu Sambo, the onetime Acting Managing Director, NIWA, Barr Danladi Ibrahim, some selected Journalists, and several others were on entourage of the tour of facilities under NIWA authority.

As it was related by an eye witness, after inspecting the NIWA CMS office facility, Apapa, Ijora, Oyingbo jetties and heading towards Osborne foreshore to also inspect Texas connection ferries.

After inspecting Texas connection ferries, the NIWA team called for a change boat that was initially engaged before continue with the facility tour of other jetties across the Lagos waters, as NIWA’s staff described the situation as a close encounter with the mercy of God.

However, confirming the near mishap, the Eye witness said there was a wreck ship underwater that was not notice before hand on water.

“Don’t forget that the boat the MD was passing on the water and it went over the wreck. The primary thing is to survey the water and identified whatever it is and even if can’t be removed, we ask boat operators to avoid the area because of wrecks.

The present management of NIWA is seriously concerned about safety and security in the nation’s inland waterways. 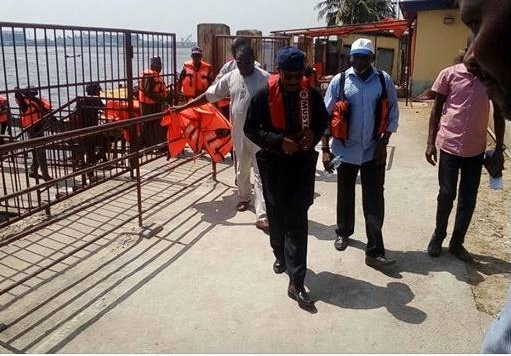 And that, “Safety and security of inland waterways is the priority of the present management of NIWA. It is not only issue of wrecks removal, we will remove wrecks and causes of wrecks and that is what we will be looking at fundamentally.

So, to prevent boat mishap on the inland waterways and to be sure that when wrecks are removed they are not dumped into another place where it will become another hazard adding that the authority would also survey under the water and place danger signs on the area where there are wrecks.

“What we are looking at is to survey the wrecks. It is not only wrecks that we see on the surface alone because we also have wrecks under the water and these are underwater issues that is why we say when people remove wrecks, we want to understand how they will dispose of the wrecks and it won’t cause another hazard elsewhere.