The Federal government has explained how Remita, a financial solution created by SystemSpecs limited became selected as the gateway technology for the Treasury Single Account (TSA). 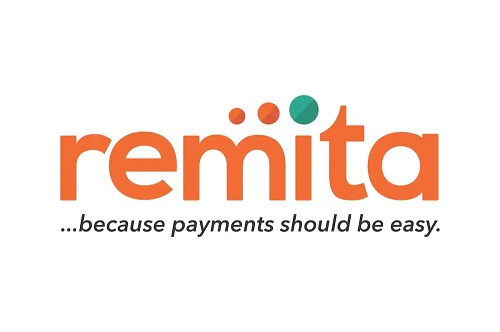 Salawu Zubairu, Director of Finance, Ministry of Foreign Affairs spoke at length on the issue during a training session chaired by Sylva Okolieaboh, Director of TSA at the Office of the Accountant-General, for a delegation from the Gambia.
The Gambian team, which came to understudy Nigeria’s implementation of the TSA, is led by the West African country’s Permanent Secretary, Ministry of Finance and Economic Affairs, Ada Gaye and Accountant General, Momodou Lamin Bah.
Salawu Zubairu who was Director, Office of the Accountant General of the Federation (OAGF) between January 2016 to February 2017 as the Team Leader for the development and implementation of the TSA, explained that Remita was chosen to operate the TSA platform after a series of deliberations at various stages.
According to Zubairu, before Remita was chosen, the government had considered the Nigerian Inter-Bank Settlement System (NIBSS), which was owned by the Central Bank of Nigeria(CBN) and commercial banks.
This is in line with media reports that Remita and NIBSS made competitive presentations to the joint evaluation committee up to three times before it was accepted that Remita effectively addressed all the requirements expected by OAGF, CBN and their external consultants to support TSA e-payment and e-collection of government receipts.
“Essentially our arrangement was that, CBN was to provide that gateway… so when it became obvious that they would not be able to provide that, we had to engage the NIBBS, which is owned by CBN and all commercial banks in Nigeria, and SystemSpecs, which is a private company. At the end of the day they (SystemSpecs) got selected,” Zubairu said
According to him, “the decision was made by the CBN essentially, even though we (OAGF) were part of the process. It’s the CBN that takes responsibility for providing gateway.”

On who pays for the services provided by Remita, Zubairu said: “Initially CBN paid Remita for the services. Along the line it became an issue, who is enjoying the services? Who are they providing the services to? It is the government that is enjoying the services, CBN is just a banker to the government and is actually doing it on behalf of the government.”
“Following a lot of engagement, the OAGF took over that responsibility but it continued to generate a lot of argument because some feel that the amount involved was huge.. and we began to negotiate again with them (SystemSpecs),” he added.
The Finance Director however, remarked that a few changes have happened of recent.  One of them is that the OAGF has transferred some of the burden of payment to the payers.
Salawu was also full of praises for SystemSpecs.
“One good thing we enjoyed, probably because they are an indigenous company and they have some commitment to seeing how we succeed in this reform… in fact we had a situation where we were still owing them for some time.”
The Director of TSA at the Office of the Accountant-General, Sylva Okolieaboh spoke about exemptions to the TSA and how technology is essential for driving the system.
“As long as you can have access online, you can connect to the TSA,” he said.
According to Okolieaboh, although the TSA is centralized, transaction and reconciliation on it have been decentralized.
“We have decentralized transaction, and also decentralised responsibility. If you are the one making the payment, you are the best person to reconcile. …if you look at the size of Nigeria, if we say we want to centralize reconciliation I can tell you we are likely to be on it forever.”
Dr Joe Abah, a top consultant on Public Policy and former Director General of the Bureau of Public Service Reforms, took the delegates through various reforms Nigeria had implemented in the past and their impact on the country.
According to Dr Abah, “there are so many approaches you can take on reform, but I think, whatever approach you make, the citizens must see a tangible improvement.”

Dr Abah spoke about how the adoption of technology helped in discovering and eradicating ghost workers in the system. This happened when the government computerized the payroll system and then linked account verification numbers to the payroll system.
“When we first computerized our payroll, we discovered about 65,000 ghost workers. When we linked account verification numbers to them, we identified an additional 23,000 multiple payees. These were not ghost workers but workers collecting money from multiple points,” Dr Abah said.
“There was a particular civil servant that was collecting 20 salaries and the only way that we were able to catch him was through the fingerprints that he gave to that verification number,” he added.