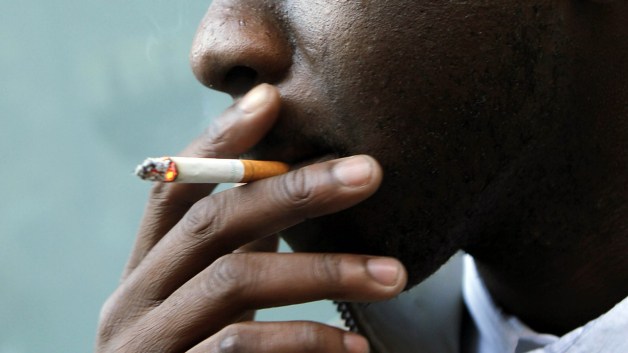 Tobacco giant, Philip Morris International, is reportedly in a secretive campaign to undermine the global tobacco control treaty, and fight countries’ efforts to implement the life-saving measures called for by the treaty, a Reuters Investigation has revealed.

But Philip Morris isn’t alone in seeking to weaken the treaty, the World Health Organisation’s Framework Convention on Tobacco Control, FCTC, according to the report.

According to the 45-page paper, the group would coordinate “to the extent that these issues do not raise any anti-competitive concerns.”

The paper outlined a global campaign planned by BAT to counter the FCTC, which was “increasingly going beyond” its mandate. And it listed objectives, including a bid to block discussions around the introduction of a minimum 70 per cent tax on tobacco.

Although in an internal document, Phillip Morris says it supported the enactment of the treaty, confidential company documents and interviews with current and former employees of the company revealed an offensive that stretches from the Americas to Africa, in what may be one of the broadest corporate lobbying efforts in existence.

According to searchable repository tagged. ‘The Philip Morris Files’, being published by Reuters, dating from 2009 to 2016, Philip Morris has focused its vast global resources on bringing to heel the world’s tobacco control treaty.

Documents revealed that the company works to subvert the treaty on multiple levels, by targeting the FCTC conferences where delegates gather to decide on anti-smoking guidelines.

Report shows that it also lobbies at the country level, where the makeup of FCTC delegations is determined and treaty decisions are turned into legislation.

Regarded as one of the largest Tobacco Industry leaks ever, the documents, combined with reporting in 14 countries from Brazil to Uganda to Vietnam, revealed that a goal of Philip Morris is to increase the number of delegates at the treaty conventions who are not from health ministries or involved in public health.

Reuters’ investigation found this to be happening, already.

Decisions taken by the FCTC delegates at the conferences are considered important.  According to researchers at Georgetown University Medical Centre, over the past decade, the decisions, including a ban on smoking in public places, are saving millions of lives.

Between 2007 and 2014, more than 53 million people in 88 countries stopped smoking because those nations imposed stringent anti-smoking measures recommended by the WHO, according to their December 2016 study. Because of the treaty, an estimated 22 million smoking-related deaths will be averted, the researchers found.

According to the WHO, though, tobacco use remains the leading preventable cause of death – and by 2030 will be responsible for eight million deaths a year, up from six million now.

There was jubilation among anti-smoking advocates when the treaty was adopted in 2003. The treaty, which took effect in 2005, made it possible to push for measures once seemed radical, such as smoke-free bars.

About 90 per cent of all nations eventually joined. A big holdout is the United States, which signed the treaty but is yet to ratify it.

Also, since the FCTC came into force, it has persuaded dozens of nations to boost taxes on tobacco products, pass laws banning smoking in public places and increase the size of health warnings on cigarette packs.

Treaty members gather every two years to consider new provisions or strengthen old ones at a meeting called the Conference of the Parties, or COP, which first convened in 2006 in Geneva.

But an FCTC report shows that implementation of important sections of the treaty is being stalled. There has been no further progress in the implementation of 7 out of 16 “substantive” treaty articles since 2014, according to a report by the FCTC Secretariat in June last year.

With 600 corporate affairs executives, according to a November 2015 internal email, Philip Morris has one of the world’s biggest corporate lobbying arms. That army, and $7 billion-plus in annual net profit, gives Philip Morris the resources to overwhelm the FCTC.

NIGERIA ON THE RADAR

A similar investigation by The Guardian revealed that the British American Tobacco, BAT, and other multinational tobacco firms have threatened governments in at least eight countries in Africa demanding they axe or dilute the kind of protections that have saved millions of lives in the West.

Some African governments, The Guardian said, have faced challenges from the multinational tobacco companies over their attempts to control smoking.

Concerns have also been raised about links between politicians and the tobacco companies.

“There are allegations of some of them having been bribed in the past,” said Joel Gitali, chief executive of the Kenya Tobacco Control Alliance.

Reuters reports that some tobacco-control activists who attended a Delhi meeting in November said it was the worst so far in terms of passing new anti-smoking provisions.

He said he heard delegates making arguments, “I haven’t heard in 25 years.”

A Nigerian delegate, for instance, asked to remove a reference to “the tobacco epidemic” from a draft proposal on liability for tobacco-related harm, according to notes taken by anti-smoking groups.

Reacting to the revelations on Thursday, Mr. Meyers said, “These investigations are timely reminders that Philip Morris and other tobacco giants will stop at nothing to undermine global progress in reducing tobacco use and maximize their profits.

“These reports should spur governments around the world to stand up to the tobacco industry and redouble their efforts to fully implement the proven strategies that reduce tobacco use and save lives. Tobacco use already claims seven million lives worldwide each year. Unless governments take strong action now, tobacco will kill one billion people this century,” he added.