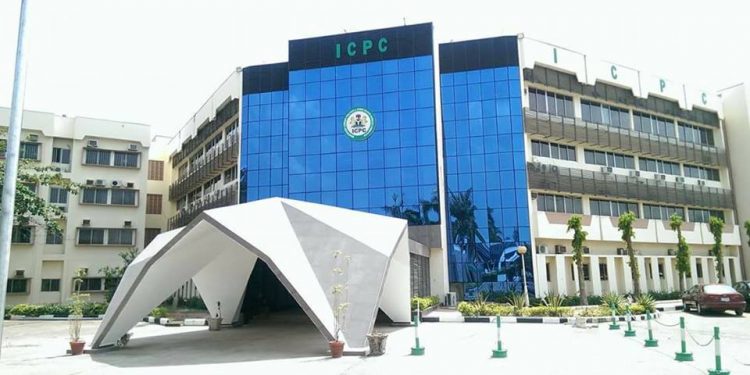 The Independent Corrupt Practices and Other Related Offences Commission (ICPC) and the Office of the Auditor-General of the Federation will soon embark on a nationwide System Study and Review of Revenue Generating Agencies in the country in order to reduce huge revenue losses and leakages in government finance.

The System Study and Review will be carried out in some government revenue generating Ministries, Departments and Agencies (MDAs) such as the Nigerian National Petroleum Corporation (NNPC), Nigerian Customs Service (NCS), Federal Inland Revenue Services (FIRS), Nigerian Ports Authority (NPA) and others.

The Chairman of ICPC, Prof. Bolaji Owasanoye, made this know at the opening of a four-day training programme at the Anti-Corruption Academy of Nigeria, Keffi, Nasarawa State.

A statement by the Head, Advocacy and External Relations Department, Dr. Sina Babasola,  quoted the ICPC chairman of saying that no fewer than 150 staff of ICPC and Office of the Auditor-General of the Federation are currently brainstorming in Keffi, Nasarawa State, preparatory to the official kick off of the exercise in the next few weeks.

Owasanoye  said the collaboration between ICPC and OAuGF in the first phase of the exercise led to the blocking of huge government resources that were at the risk of being looted or misappropriated.

He said: “There is ongoing recovery of already looted funds and prosecution of implicated public officers.

“The next phase will be a review of agencies that generate huge revenues. These agencies also commit a lot of revenue leakages, therefore you will most certainly indict them for infractions in high volumes”.

Owasanoye warned officials against engaging in corrupt behaviour during the exercise.

He said: “They will most certainly attempt to induce you for they have a lot of resources to play with. You have not given us any cause in the past to doubt your resolve to always say no.

“I am convinced that you will continue to say no. But this is not to say that I will not be watching.

“As we pool our different strengths together, let a common ethical standard govern your conduct and let the success story be mutually edifying for both agencies.”

In his remarks, the Auditor-General of the Federation, Mr. Anthony Ayine,  called for synergy among government agencies to reduce corruption in the country.

He said: “It is therefore, clear that we can only curb corruption effectively by building partnerships, working together, strengthening collaboration and being united to fight it out of the country. It cannot be rooted out by any one single institution.

“We are, therefore, determined to build partnerships and we need the type of coordinated effort for which this training workshop is being held.

“By collaborating and partnering effectively, we will be able to intensify and revitalize our combined efforts as well as devise stronger measures to prevent, detect and suppress acts of corruption.”

“The Steering Committee for our collaboration on the Systems Study and Review of revenue generating agencies was inaugurated on the 15th of January this year, and so the way is clear for us to commence our work.

“Both our offices must do all we can to help reduce revenue losses and leakages that are occurring and you all in attendance here must understand the appropriate methods and approaches to achieve this goal”.

Earlier in his welcome address, a board member of the ICPC, Hon. Abdullahi Maikano Saidu explained that the purpose of the training  was “aimed at equipping the participants to effectively carry out the statutory mandate of the Commission enshrined in section 6 (b-d) of the ICPC Act 2000”.

Saidu said there has been growing concerns in Nigeria of revenue leakages especially unaccounted revenue in the MDAs saddled with the responsibilities of Revenue generation resulting to daily loss of billions of naira.