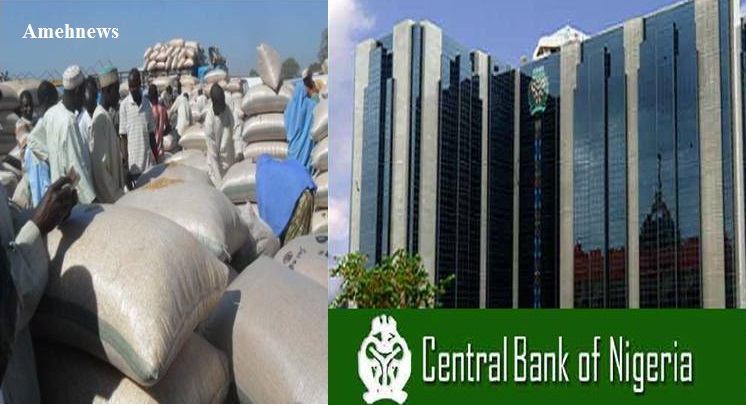 The food security programme of the Central Bank of Nigeria (CBN) has yielded 332,741 bags of maize, 682,726 bags of soy bean and 229,360 bags of Sorghum for internally displaced persons.

The programme, which was initiated in November 2016 on a Public Private Partnership (PPP) basis, was in line with the bank’s need to drive development and productivity in the country.

The bank said in a statement on Friday, that the move was necessitated by the desire to stabilize the rising grain prices coupled with dire need for the federal government to shore up its strategic grain reserves.

It will be recalled that despite the good grain harvest experienced by farmers, there was a huge demand from other African countries through the land borders occasioned by the fall in naira value.

With the funds made available by the CBN from the Anchor Borrowers’ Programme, the companies were able to purchase grains from farmers. And to date, a total of 30,905.08 MT of grains, namely Maize, Soy bean and Sorghum have been purchased and stored in different locations across the country.

Hence, with stability in prices, the federal government has decided to buy back the grains from the companies and distribute same to Internally Displaced Persons (IDPs) in the various camps across the country.

The federal government through the National Emergency Management Agency (NEMA) is now set to distribute 332,741 bags of Maize, 682,726 bags of Soy bean and 229,360 bags of Sorghum to IDP camps in Borno, Adamawa, Yobe, Bauchi, Gombe and Taraba states.

Paris Club refund allocation to each state; check for your state