Mr John Ayodele, Chief Operating Officer of Ibadan Electricity Company (IBEDC) says the disco has ordered for equipment required for the rehabilitation of the Oke-Omiru Injection Substation in Ilesha. 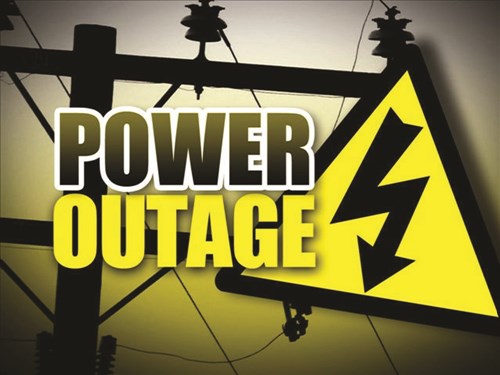 Ayode said in a statement on Monday that administrative and technical team would visit the substation to begin clean-up, system replacement, among others.

It would be recalled  that on April 6 Mr John Donnachie, the Chief Executive Officer of lBEDC),  hinted that due to the extensive damage done to IBEDC distribution network infrastructure, specifically the Oke-Omiru injection substation and the accompanying district facilities, power cannot be restored now as hundreds of millions of naira will be required to revamp and rehabilitate the infrastructure.

According to Ayodele,  “We have ordered the equipment required to rehabilitate the Oke -Omiru Injection substation that was damaged during the massive destruction and carnage that occurred at Ilesha”.

” The administrative and technical team will arrive Ilesha next week to  begin initial rehabilitation and renovation works like  clean -up of  the damaged offices.

“Furniture and systems replacement and other critical infrastructure necessary for staff and service to resume as all the offices that service Ilesha were destroyed during the ill- fated protest.

“On the technical end, while await the delivery of the equipment needed to rehabilitate the Oke -Omiru Injection substation we will simultaneously explore restoring power temporarily to some parts of Ilesha through one of the neighboring substations, which  we have ascertained is in good condition, namely  Imo or Ilerin Injection substations,” he said.

Ayodele said that the power restoration will be in phases as our technical team progress with the palliative works.

Responding to news making the rounds that IBEDC is deliberating refusing to restore power to Ilesha and threats from some advocacy groups, he stated that it is understandable that stories and so called threats would be peddled from uninformed people to stir rancour.

He added that because the Governor and leadership of the Ilesha people that have been interfacing with IBEDC are aware of all the efforts to restore power.

He said: “That is why we always counsel and appeal to communities never to resort to violence, vandalism and destruction of power infrastructures and installations during protests.

“For this, we always counsel and appeal to communities never to resort to violence, vandalism and destruction of power infrastructures and installations during protests, because the sad occurrence at Ilesha resulted in destruction of infrastructure worth over N200 Million.

“Off course with the already limited financial resources available and other considerations it will never be easy to restore power when unfortunate incidents like this occur, as the funding availability to all Discos are very limited.

He, However, appeal to customers in Ilesha to reciprocate the gestures by paying their bills as and when due.

He also advised that efforts should be made to also pay all outstandings due to enable IBEDC to remain floating.

It will also recall that Donnachie told the media on the reasons why supply to the affected communities will not be achieved soonest.

According to him: “This is the unfortunate aftermath of the crisis and mayhem unleashed in Ilesha about two weeks ago.

“When a group of hoodlums armed with dangerous weapons like guns, machetes and other sharp objects from Bolorunduro and Olomilagbala communities under Isare Service centre, swooped on our office infrastructures.

Oando: SEC’s Big Move to Clean up the Capital Market