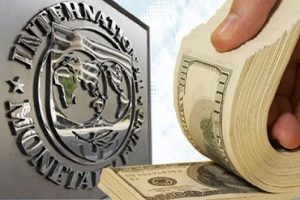 The International Monetary Fund has said that efforts to save the naira by rationing foreign exchange have failed.

The IMF stated this in its policy paper on macroeconomic developments and prospects in low-income developing countries on Thursday.

The fund attributed economic failures in the country to “delayed/poorly managed policy adjustment.”

The IMF also blamed the failures on lack of business confidence and delay in policy adjustment by Nigeria’s leadership.

It said that the challenges concerning foreign exchange had pushed inflation to double digits in Nigeria, Africa’s largest economy.

The IMF added, “There were sharp movements in currencies across many LIDCs during 2015. Further sizeable depreciations were recorded in 2016 in commodity exporters under stress,” the paper read.

It added, “Mongolia, where reserve levels have been significantly eroded, and Nigeria, where efforts to support the naira through foreign exchange rationing, have gradually crumbled.

“Inflation has risen to troubling levels in a handful of cases, concentrated in sub-Saharan Africa. Among commodity exporters, large exchange rate depreciations were a key contributor in Mozambique, Nigeria, and Zambia.”

According to the fund, Nigeria is affected by Boko Haram-led attacks in the North and disruptions to oil production in the Niger Delta region.

It added that Nigeria’s economic problems affected neighbouring countries such as Chad and Benin Republic.

The fund stated, “External developments have predictably played an important causal role in the emergence of financial sector stress, through falling commodity prices, declining remittances, and adverse spillovers from neighbours — as in the impact of Nigeria’s economic difficulties on Benin Republic.

It said that the recent experience of LIDCs underscored the relevance of some general messages for developing countries in terms of building economic resilience, which include “the value of having a diverse export base to allow countries handle adverse external shocks, and hence the importance of promoting economic diversification.

Others are the importance of building large foreign reserve/asset positions during “good times” in countries where exports remain highly concentrated; and the need to build a strong broad-based domestic tax system drawing from a diverse set of sectors and tax instruments, to strengthen self-reliance in financing essential public service.