Zimbabwe: Hats Off to Zifa for Online Ticket Sales 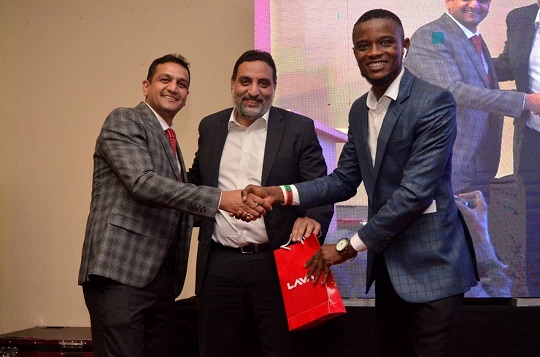 The Nigerian populace is now a huge contender for most users of smartphones in any country. Not to distance from the likes of USA, China, India and so on. Nigerians are now heavy users of mobile phones as their presence on social media as well as the web in general is now very pronounced.

On that note that Lava, an Indian phone maker, has launched its products in Nigeria saying it is targeting both low and high-income earners.

Therefore, in the coming days, the Nigerian market will witness a fierce competition in the technology industry between the emerging technology giant and the Chinese dragon after the announcement of an international Indian company, LAVA, which occupies a leading position in the industry to launch major investments in this field.

Speaking at the launch, Sushil Segal, country head for Lava, said the company is targeting emerging markets hence, the reason it launched in Africa two years and now trading in Egypt, Sudan, Ghana and Kenya.

The company said it focuses on utilizing the software industry and the economical proximity with the Nigerian market to deploy technologically advanced products to compete with prominent international brands, especially the Chinese ones at affordable prices to the average and medium consumer.

” LAVA will take advantage of the strong relations, the state of economic mobility and trade exchange between the Nigerian and the Indian civilizations and their similarity in many characteristics, qualities, cultures and economic situation and follow the example of major Indian investment companies in the creation of a brand that suits the Nigerian consumer”, the statement said.

Indian companies have demonstrated their dominance in the field of technology in the last 2 decades and have evolved their ecosystem in a way that they are now positioned to deliver some of the most advanced and high quality technological products to the world.

Since its inception in 2009, the Lava family has grown to over 25,000 people and became one of the fastest growing handset companies in India.

Backed by Research and Development Centers and manufacturing units based at India, Lava produces highly reliable products and services.

“We know we are late but we are not too late. The difference between us and other manufacturers is that Lava has complete control over the entire process of manufacturing a mobile phone,” he said.