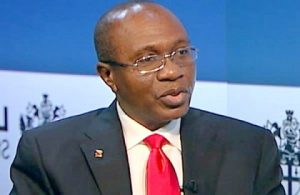 When Central Bank introduced sweeping Foreign Exchange guidelines that is expected to eliminate or drastically reduce money laundering as we approach another election cycle. One of the changes announced was the replacement of the Wholesale Dutch Auction System (WDAS) with the Retail Dutch Auction System (RDAS).

What is a Dutch Auction System?

A Dutch Auction System is a public offering auction structure in which the price of the offering is set after taking in all bids and determining the highest price at which the total offering can be sold. In this type of auction, investors place a bid for the amount they are willing to buy in terms of quantity and price.

A type of auction in which the price on an item is lowered until it gets a bid. The first bid made is the winning bid and results in a sale, assuming that the price is above the reserve price. This is in contrast to typical options, where the price rises as bidders compete.

To break it down further, for instance, the CBN during its auction offers a total dollar sale of $200m. The apex bank offers foreign currency twice a week to keep the Naira within a range of three percentage points above or below N155 per dollar then. With this in mind Authorised Dealers who have various needs for dollars approach the auction for dollar purchase. Some may be willing to buy $20m, others $10m etc. So during the auction each Authorised dealer tables an offer that may be below the N155/$1 or above it depending on the forces of demand and supply. Therefore if there are more bids above the CBN’s preferred N155 those bidders get to buy dollars while those who bid below lose out and vice versa.

The current CBN intervention in forex market through the Retail Dutch Auction System (RDAS) is like old wine in an old bottle to perform in a new era. The new approach in the monetary policy of CBN proving to be effective is another lesson for all financial stakeholders.

For instance, the apex bank was using the Wholesale Dutch Auction (WDAS), before it was suspended and Retail Dutch Auction System (RDAS) was introduced by CBN circular “Our Ref: FMD/FED/CIR/GEN/01/082/10 dated December 29, 2010 signed by OF Owolabi, Acting Director, Financial Markets Department of CBN as at then”

The same Apex bank under the Governor Emefiele is now reintroducing RDAS said to eliminate opportunities for intelligent practices in the foreign exchange market. The speculators and the stockpilers may face a hard time because CBN has resolute to re-establish stability in the market by tightening the rules.

By this action, CBN is taking full charge of the market to ensure steadiness. As a result of that due to the strong shift of CBN on RDAS policy and tightening the loopholes in the foreign exchange market, traders who have bought and stockpiled foreign exchange may face rough times.

“In a forex market, a dutch auction system is a public offering auction structure in which the price of the offering is set after taking in all bids, and then determining the highest price at which the currency can be sold. In this type of auction, investors place a bid for the amount they are willing to buy in terms of the quantity and price.”

With the new policy Government is eyeing on market players who engage in speculation and has slashed the value of the Naira against major foreign currencies. For instance; over few weeks ago, the local currency, Naira value against the United States dollar has refreshingly risen in its favour compare with even early January down February this year, when local currency Naira, was falling freely against US Dollar and others major currency. Sign that many stakeholders in Nigeria project appeared to have lost confidence in the local currency with currency speculators going on overdrive.

On this notes that, the Central Bank of Nigeria, CBN, under the leadership of Emefiele moved to make life easier for Nigerians and prove to naysayers that all hope was not lost regarding the ability of the naira to compete with major currencies in the international community.

The currency news revealed that under the indomitable Emefiele’s new approach has proven positively so far, as the pressure on the local currency is getting ease on daily. Today March 13, 2017, amehnews check currency market converter and disclosed that one US Dollar goes for 314.742Naira not like 550Naira in 6weeks ago

Amehnews recalled that CBN re-introduced Retail Dutch System called it special wholesale intervention fund in the interbank foreign exchange and forex markets which has started yielding positive results when it offered $500m to 23 banks and other authorized dealers to meet the visible and invisible requests of customers.

The apex bank’s direct supply increase in the volume of dollars released to banks would go a long way in meeting the needs of Nigerians, specially, those who found it extremely difficult to obtain forex for their medical treatment, children’s school fees, even as manufacturers to import spare parts, raw materials and machinery for the production of goods and services.

Expectations are high among stakeholders that if the CBN is able to sustain the new forex policy, the prices of goods and services, which had since gone out may reduce in the long run.

The new regime by CBN, shown that Bureau de Change, BDC, operators get enough funds, has indicated that the sustenance would stimulate local production.

However, this is just the beginning. Though CBN must not only continue with the policy, but should further liberalise the allocation in order to rekindle confidence in the monetary system. The restructuring of the economy must be holistically addressed by fiscal policy makers, too.

It is apparent that the rise in the value of the naira could be linked to the increase in foreign reserves ($30bn), which before now had plummeted to an all-time low.With the success recorded by the reversal of the initial selective policy, Amehnews is of the opinion that the CBN should ensure that this intervention policy is not sabotaged or abused by speculators and other unscrupulous business interests.

Nigerians are mindful that earlier directives by the apex bank, all money deposit banks to reserve 60 per cent forex for the manufacturing sector was not totally complied with. Allowing critical players to arm-twist the CBN is not unlikely given banks’ earlier complaints in the old regime that the regulator should not force them to sell forex they procured from the autonomous market.

Also Amehnews believes in the capacity of the new approach to reduce inflation and close the gap between the official and parallel market rates. With the naira appreciating at the street market and the concomitant boost in local production and exports, there is optimism that prices of goods would reduce.

The end result of these reactions would be that the purchasing power and real income of the average consumers would rise to the volume of the money in circulation.

Also, amehnews is of the view that if the new policy is sustained with constant monitoring, it would further discourage some parallel market operators, who had in anticipation of a continued plunge of the naira bought huge volumes at over N500 to a dollar.

Over 30 killed in Adamawa road accident