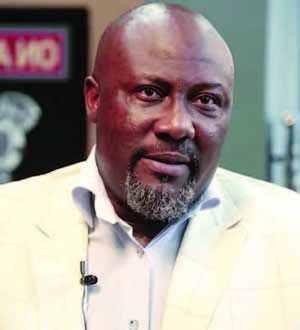 An INEC National Commissioner and member of the Information and Voter Education Committee, Mallam Mohammed Haruna, said in a statement on Tuesday that the commission would release a revised timetable and schedule of activities on September 18, 2017 in compliance with the orders of the court.

He said, “It will be recalled that in obedience to an interlocutory order of the Federal High Court, Abuja given on 6th July, 2017 the Independent National Electoral Commission stayed all actions relating to the petition to recall Senator Dino Melaye as the senator representing Kogi West Senatorial District.

“Judgment in the suit was delivered yesterday, September 11,  2017. All legal hurdles have now been cleared and the recall process can now proceed as envisaged by the constitution, the Electoral Act and the extant INEC guidelines and regulation.

“Accordingly, and in compliance with the orders of the court, the commission will release a revised timetable and schedule of activities on Monday,  September 18, 2017.”

INEC  had suspended the recall process against Melaye after it was served with an order granted by Justice John Tsoho of the Federal High Court, Abuja which directed the commission to maintain the status quo pending the determination of the suit that Melaye filed to challenge his recall process.

Meanwhile, the Kogi State Government has distanced itself from claims by Melaye that it was behind his recall process.

The government said claims by the senator on his twitter handle to the effect that officials of government attended the proceedings were “false and misleading.”