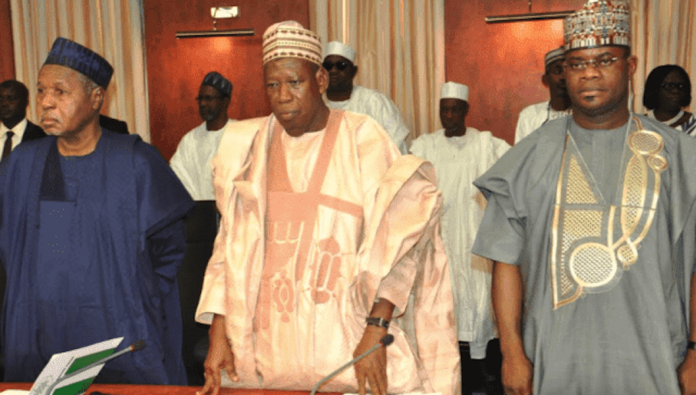 Acting on the stern warning given to service chiefs last week by President Muhammadu Buhari to contain insecurity in the North, security chiefs on Monday met with Northern governors to discuss insecurity in the region.

Making the disclosure after a meeting with the Chief of Staff to the President, Prof. Ibrahim Gambari, Zamfara State governor, Bello Matawalle, told journalists that the meeting was held in the office of the National Security Adviser (NSA), Major-General Babagona Monguno (rtd.).

The meeting was a fulfilment of the promise made by the NSA while briefing State House reporters after the security council meeting presided over by Buhari last week.

According to Matawalle, the meeting which was attended by the Inspector-General of Police, Mohammed Adamu, along with other security chiefs, dwelt extensively on insecurity in the North.

He said after the meeting, the chief of staff invited him to the State House to brief him (Gambari) on security situation in Zamfara State.

He said: “I am here to see the Chief of Staff because of the issue of security that is bedeveling Zamfara State. We have discussed extensively about the issue of insecurity in the Northern Nigeria not just Zamfara State. Today, we met in the National Security Adviser’s office with Northern governors and the Inspector-General of Police and other security agencies.

“We discussed seriously on the issue of insecurity and the Chief of Staff invited me today to come and brief him about insecurity in my state which I did. We have discussed about it and understand where we are going. Zamfara State government and the security (agencies) are doing their best to ensure we contain insecurity.”

The governor also spoke on insecurity in Zamfara State, saying security agencies are working hard to put the situation under control.

He said notable improvements had been witnessed in the state following the deployment of some security operations.

He also said such operations were still ongoing in the state with the state government giving the security operatives the necessary support and expressed optimism that greater results were expected within a short while.

“Security agencies are doing very well and they have been working for about one month and we have seen the results. They have recorded a lot of successes in their operations and you know these operations are ongoing and they have more support for all what they need from the state and we assure Nigerians that within some few days, they will make tremendous achievements,” he added.