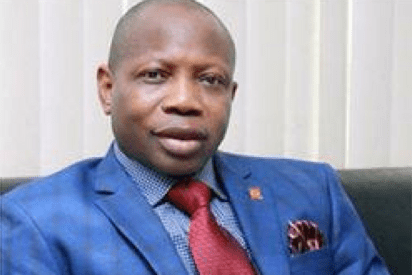 The Nigerian insurance sector’s premium rose by 10 per cent to N400bn in the 2018 financial period, according to the Nigerian Insurers Association.

The Chairman, NIA, Mr Tope Smart, disclosed this while presenting the 2018 annual report of the Nigerian insurance sector during the association’s 48th annual general meeting in Lagos on Thursday, which was attended by chief executives of underwriting companies.

He said, “During the year under review, the volume of business written by member companies grew from N363bn in 2017 to about N400bn in 2018, representing an expected increase of about 10 per cent from 2017 ﬁgure.”

Smart said the Nigerian insurance sector continued to take its pride of place in the  economic space as the livewire of the larger national economy.

He said as a subset of the national ﬁnancial system, it also had its own share of the general economic and socio-political problems facing the country during the past year.

The NIA chairman said, “Power outages continue to be a major challenge to businesses; failure to abolish or amend CITA 2007 remains a huge burden for insurance companies; growing herdsmen/farmers’ clashes across the country, insurgency and armed banditry in the North, rising cases of kidnapping, armed robbery and other violent crimes as well the internecine communal clashes in some states all combined to negatively affect the bottom line of many insurance companies.”

He said despite the challenges, insurance companies continued to discharge their obligations to the insured in line with their mandate.

Smart said the association was working closely with the National Insurance Commission to promote the business of insurance and increase its contribution to national Gross Domestic Product.

“Some of these initiatives include the insurance industry rebranding project, regulation on microinsurance, collaboration on financial inclusion bancassurance guidelines and others, which will impact positively on the business of insurance companies,” he added.

Kindly Share This Story:Speaking during her welcome remarks at the PenCom 2021 Journalists’ Workshop, Aisha…